The OTT platforms are going the Netflix way – pumping in budgets for original content. That’s vindication of the early and still-widely-held belief that catch-up TV cannot be the driver of OTT viewership and, more important, subscriptions; instead, it has to be big-ticket lifestyle-, celebrity- or sporting events, or sticky original content.  And so, Zee 5 — the last major OTT platform to have been launched by a major broadcaster -– is set to stream Khaar, a docudrama on Mahatma Gandhi’s significant Dandi March to Dandi. Khaar premieres on Gandhi Jayanti – the 2nd of October, exclusively on ZEE5, of course.

Khaar follows Karenjit Kaur – The Untold Story of Sunny Leone, which saw a successful launch on Zee 5, and which was preceded by originals like Lockdown, Akoori, and Lal Bahadur Shastri’s Death – An Unfinished Story, among others.

The Dandi March initiated by Gandhiji was an iconic movement against the British and a milestone in India’s movement for freedom. Today’s youth are hardly aware of the real story behind the movement, and what better than a digital medium like ZEE5 to reach out to them with the truth behind the mission: Annu Kapoor

While a lot has been said about Mahatma Gandhi’s contribution to India’s independence, not too many people know that he often had to face opposition even from his close aides from the Indian National Congress. The idea for the salt satyagraha had been his brainchild, and one that changed the course of India’s independence struggle; yet it didn’t have popular support within the Congress. But Gandhiji pressed on, convinced he was on the right path. Khaar unfolds the many challenges that Gandhiji faced before initiating the Dandi March, and triggering the most dramatic chain of events that led to India’s independence.

Commenting on his association with ZEE5 and as the narrator of Khaar, Annu Kapoor said, “The Dandi March initiated by Gandhiji was an iconic movement against the British and a milestone in India’s movement for freedom. Today’s youth are hardly aware of the real story behind the movement, and what better than a digital medium like ZEE5 to reach out to them with the truth behind the mission. I am extremely proud to lend my voice to this docudrama and thankful to ZEE5 for taking the initiative to recreate the story in an engaging way.”

Manish Aggarwal, Business Head, ZEE5 India commented, “We take pride in announcing Khaar as our latest offering to the audience on Gandhi Jayanti. Docudramas have been well received on the platform. We launched Lal Bahadur Shastri’s Death – An Unfinished Story on Independence Day and Khaar is another effort in that direction.

“The well-researched story dives deeper into the other side of history and Gandhiji’s ideology, with a gripping storyline backed by Annu Kapoor’s spellbinding narration. We are certain that Khaar will not only entertain audiences but also give them an opportunity to learn about unknown facts of the Dandi March.”

From the very beginning, media visionary Subhash Chandra, has been buying complete rights, including digital, to most of the films that are in the Zee library, and from the days when OTT platforms were unheard of. That is why ZEE5 today can boast of perhaps the largest movies library across languages available to any OTT platform – it has over 3500 films. It also has more than 500 TV shows, 4000+ music videos, more than 35 theatre plays more than 90 LIVE TV Channels across 12 languages. Also, the global content of Zindagi.

Having said that, the biggest magnets for an OTT platform are big-ticket events across genres and categories, and original content. Original content costs, of course, and what’s worse, although India had reached more than a billion mobile phones way back in end-2015, Indians are notorious for a reluctance to pay for content. Even Reliance Jio’s Content Strategy is likely to face monetization challenges when it migrates upwards from  its current free model, reports Strategy Analytics.

Netflix has already found that between licensed and original content, it is the latter that draws more viewers, for its uniqueness and, of course, primarily provided it is extremely well made. And Netflix has excelled at that, but original content, as we said, costs. And although Netflix has been bleeding cash and has built up more than $20billion in long term debt and obligations, primarily for original content investments, it continues to press ahead with producing more and more original series and movies.

Reed Hastings was quoted a report as having said, “The irony is the faster that we grow and the faster we grow the owned originals, the more drawn on free cash flow that we’ll be.” And as a result, Netflix had said it expects “to be free-cash-flow negative for many years,” meaning it will continue bleeding cash for the foreseeable future. (Read the story here)

Be that as it may, for all the OTT Platforms, original content unique to them will be a big differentiator. I’ve been a premium subscriber of Eros NOW, but I haven’t watched a single film on the app. Because I’ve already seen most of the ones I like.

To get back to our main story, Khaar on Zee5 seems to be a show worth watching. It is a well cast mix of drama and history from a period when even a vortex of interpersonal and perhaps even ideological political approach differences couldn’t shake the quiet, peaceful and firm resolve of Mahatma Gandhi, whose belief systems shaped and strengthened the Indian struggle for independence. The perfect day to launch a show like this comes once a year, and Zee5 has times the release perfectly. Watch it on Gandhi Jayanti, 2nd October.

Pricing: Freemium pricing model with both free and paid premium content (including Originals) to cater to a mix of audiences. Viewers who subscribe to the ZEE5 subscription pack will get access to the entire library of content using the limited period special subscription offer – 99/- for 2 months and 499/- for a year. The offer is valid till 31st October. 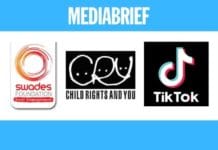 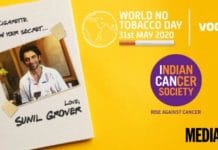 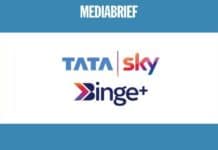