Just like how the nation’s beloved ‘Chulbul Pandey’ a.k.a Robinhood Pandey wins over the evil with his Dabanggai ishtyle, Zee Cinema urges the audience to be ‘Dabangg’ by doing a simple task i.e wear a mask when you step out through its campaign #DabanggBanoMaskPehno. 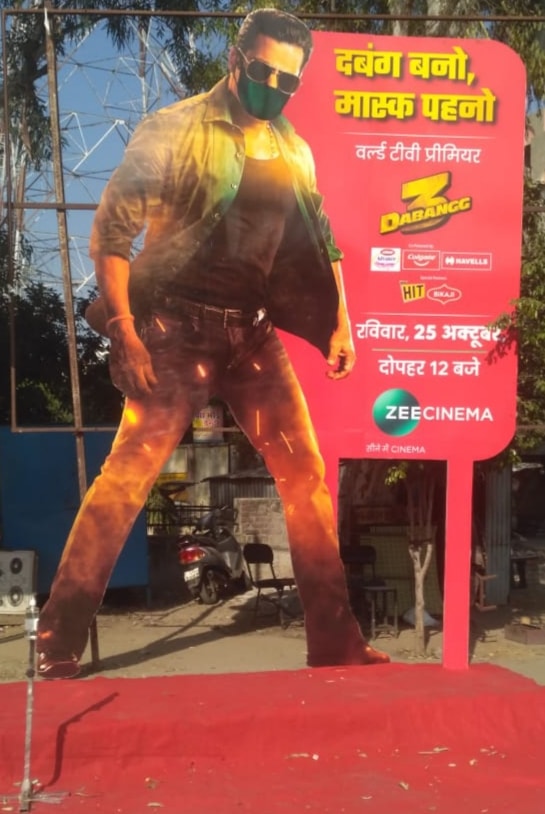 The third edition of the dhamakedar franchise that revolves around the most loved cop Chulbul Pandey a.k.a Robin Hood Pandey is here to, once again, whisk you away with his heroic punches and quirky world. But this time his story starts from where it all began! With Dabangg 3, Director Prabhu Deva marks his second association with mega star Salman Khan and yet again the movie successfully took the box office by storm.

Touted as the masala family entertainer, the movie will witness Salman Khan, Sonakshi Sinha & Arbaaz Khan reprise their roles. And, adding a refreshing vibe to the franchise will be the debutante Saiee Manjrekar and Kichcha Sudeep. Be it the high voltage action, power packed dialogues, heartfelt emotions, rib-tickling comedy or masaledar jukebox the film has it all, ensuring a blockbuster movie viewing experience for you. 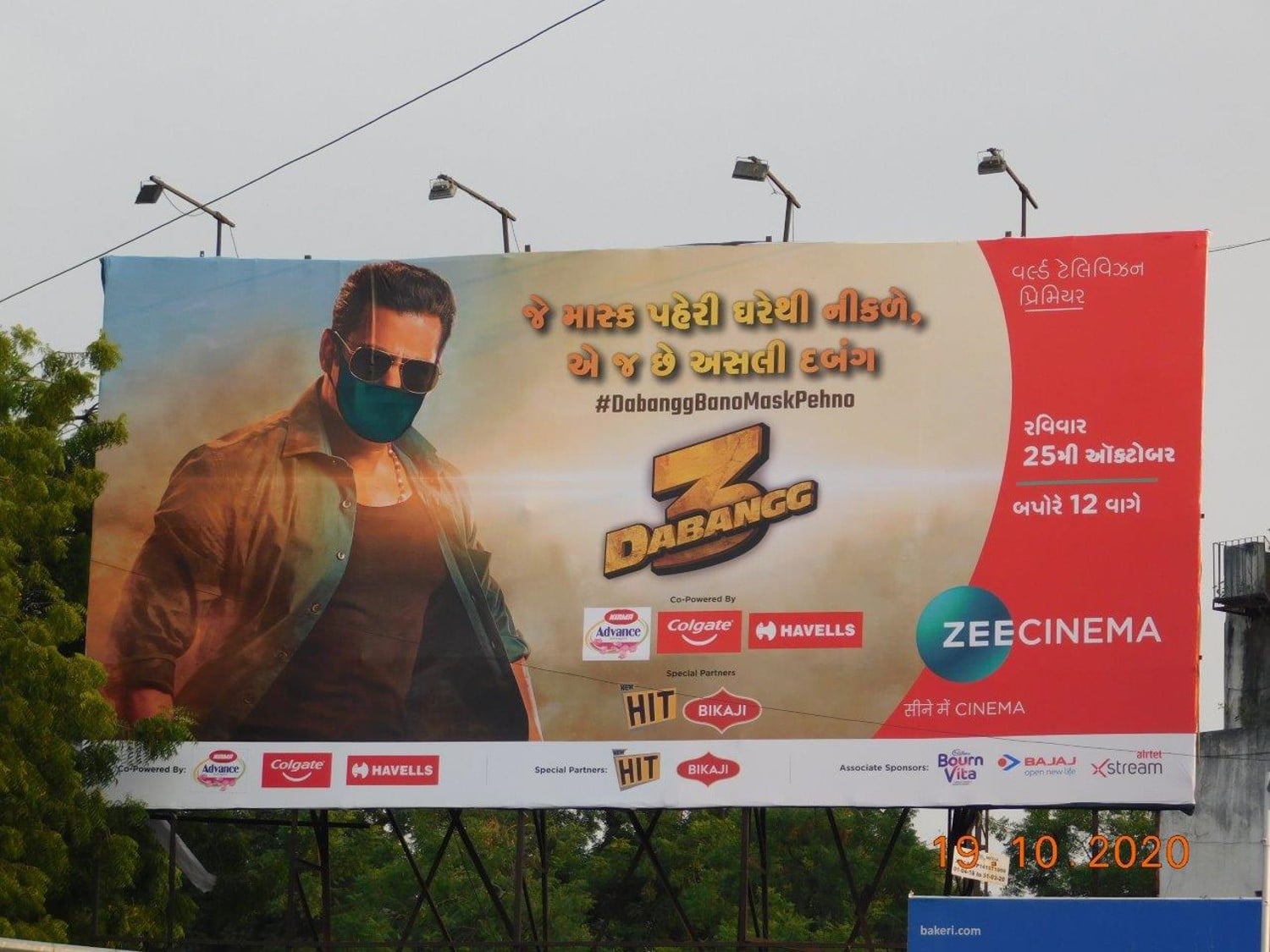 As a prelude to the premiere, Zee Cinema undertook a series of high decibel marketing initiatives to promote the WTP of Dabangg 3 through a social awareness campaign #DabanggBanoMaskPheno by tapping into Chulbul Pandey’s equity. While the lockdown has been lifted and people are getting back to their lives, they need to remember that the virus is still there and each one of us need to take the necessary precautions like wearing a mask.

The channel kickstarted this with an OOH campaign for 7 days in Mumbai, Delhi & Ahmedabad to spread this message. Along with this, the channel also placed larger than life cutouts of Chulbul Pandey wearing a mask and distributed sanitizers and masks to people who weren’t wearing masks to create awareness in 6 cities (Lucknow, Varanasi, Meerut, Agra, Kanpur & Allahabad) in UP

But, that’s not all, the marketing blitzkrieg spills over social media as well with Zee Cinema putting forth an engaging activity asking loyalists to share their ‘mask wali selfie’ tagging Zee Cinema to spread the awareness further.

In addition to this, Zee Cinema created a special video that celebrates and salutes the Dabangg police officers of our country  who are 24×7 on their feet to ensure our safety. This video was released on ‘Police commemoration day’ and is being widely promoted on the channel’s social media platforms. 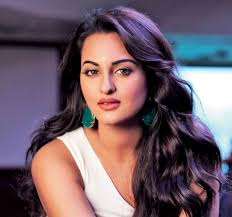 Sonakshi Sinha, Actor, said, “Dabangg is home to me, I started my career in the industry with this film and am glad to have been an integral part of this franchise as it grew.”

“It’s an honor for me and I am grateful for everybody especially Salman Khan to have shown that faith in me to play the role of Rajjo and giving me my first break. Dabangg is one of the franchises that has got tremendous success throughout and it feels great to be a part of that journey and build it along the way,” Sinha added. 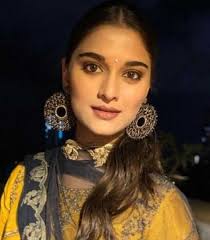 Saiee Manjrekar, Actor, said, “It was like a dream come true, to be honest. With a lot of thrill and excitement came tremendous responsibility to be in the same frame as Salman sir and Sonakshi. During my screen test, I knew that the first take is going to decide my fate to star along with my childhood favorite artist.”

“Even while shooting, it all felt surreal and each day I was on my toes to do justice to the character and the faith Prabhudeva sir and Salman sir had put on me.”

“I got to learn so much from each one of them and I am glad to have landed this opportunity for making my debut with Dabangg 3. Nonetheless, it was one of the greatest experiences of my life,” Manjrekar added.

Watch the World Television Premiere of Dabangg 3 only on Zee Cinema this 25th October at 12 noon! 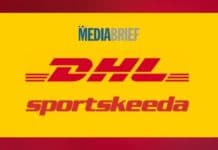 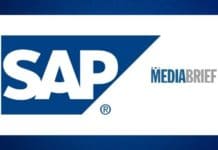