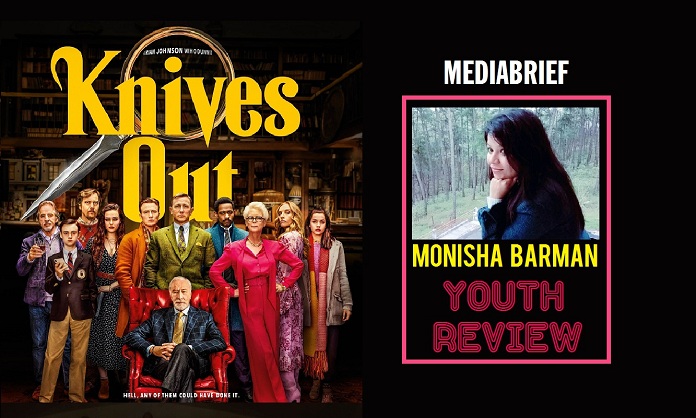 The movie is a murder mystery about the death of a patriarch of an eccentric and combative family —  Harlon Thrombey, played by Christopher Plummer, a crime writer who had celebrated his 85th birthday, only to be found dead in his attic study, with his throat slit. Equally eccentric is Daniel Craig, who plays the role of a detective investigating Harlon’s murder, where every family member stands to be a suspect. As we move ahead we discover that everyone in the family wanted him dead. So the question is: Who’s done it?

Johnson crams the movie with terrific actors, and we could see them cheerfully tearing one another. Priming with wisdom and weariness, Plummer plays Harlon wonderfully, and equally compelling is the lovely Ana de Armas who plays his Latina nurse and finds herself in the centre of all the events.

Craig brings in the exact amount of pomposity and intellect demanded by his role as Detective Benoit Blanc, delivering some of the best lines in the film. At one point we see how he expounds about his work as “gravity’s rainbow”. Underneath the furious twists and turns Johnson leers in social satire.

The film also shows Martha’s industriousness and kindness, and it’s quite surprising that she is an immigrant. Benoit remarks “It’s like a pack of vultures ready to feast.”

The mansion, filled with statues, rugs and secret staircases, is also a looming presence. Production and Art Design have done a wonderful job by giving us the feel of an 18th-century gothic novel where we would happily like to take a journey again and again. If you’re an Agatha Christie fan you could definitely find the resemblance in the movie with its plot, characters and story movement as we have read in most of her novels.

It’s actually been a while since we’ve had an original murder mystery with a different story and freshly knitted characters though we had Kenneth Branagh’s 2017-directed Murder On The Orient Express which couldn’t quite pull off what its successor Knives Out has. Knives Out is an extremely well written film with the entire cast giving some of their best performances.

I loved Craig’s performance. It was something out of the world; literally insane! With that southern accent he could pull the strings so easily, I simply couldn’t believe my ears. There’s one scene where Benoit (Craig) sits in a chair embedded in this large circle made of knives, which is fantastical but also hilarious. As is Harlon’s sinister portrait where he is seen holding a knife.

Knives Out has a glee which is infectious and is pleasurably silly but is consistently fun — and that’s the real charm about the movie. 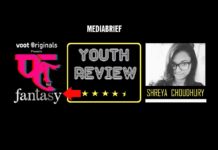