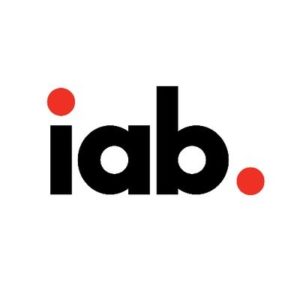 More than two-thirds (67%) of consumers globally have streamed live video content and 52 percent of that group prefer free, ad supported live streaming over subscription and a la carte services, according to “Live Video Streaming: A Global Perspective,” an in-depth report released by the Interactive Advertising Bureau (IAB) last month.

(Editor’s aside: Yes, we missed this, but didn’t want to let a study as important as this one pass, even though it doesn’t report on India, but then, that’s another story – seems, IAB has been trying ‘for a few years’ to find a suitable partner committed enough to the industry and completely company-agnostic to be able to live and walk the IAB talk of service to sector and industry. But they haven’t given up, and I know of one eminent industry leader whose conglomerate is working on the media side of things to remove the grey areas of measurement and the greys therein, and much more. Hopefully, things should shape up. I  mean, there are 21 countries where IAB has found’suitable’ partners. Doesn’t India have a single one that can measure up? I’m not willing to agree. But that’s another story. Now back to this one.)

The most common actions taken in response to seeing an ad during a live streaming session were remembering the brand that was advertised, clicking on the ad, and visiting the brands’ website. Ads within live streaming content were most frequently seen on social media platforms, gaming websites, and apps

Sixty-four percent of those that have streamed live video have engaged with an ad—such as pre-roll or sponsored ads—while live streaming. Viewers in Brazil, Colombia, Mexico, Peru, Saudi Arabia, Turkey, and the United Arab Emirates are the most likely to engage with ads.

The most common actions taken in response to seeing an ad during a live streaming session were remembering the brand that was advertised, clicking on the ad, and visiting the brands’ website. Ads within live streaming content were most frequently seen on social media platforms, gaming websites, and apps.

For the  FIFA World Cup, the study looked at live streaming intentions among those who wanted to watch. Overall, 65 percent of those who have live streamed video previously had expected to live stream the matches predominantly on smartphones, versus 71 percent who anticipated watching it live on linear TV. Slightly more than half planned to watch recorded games either online or on television. Sports fans in Brazil, China, Columbia, Peru, Mexico, Russia, Saudi Arabia, South Africa, the United Arab Emirates, and the United States expressed the strongest likelihood to live stream the matches.

“Live streaming is on the rise and this video phenomenon has the power to help build brands,” Eric John, Deputy Director, IAB Digital Video Center of Excellence had said at the release of the study. “The World Cup is just one example of the kind of event that will spark massive live streaming around the world and will attract brands which recognize the potential for effectively reaching audiences in live video environments.”

All respondents were asked the same questions such as (frequency of live streaming across devices, time they spent live streaming, what locations they were in when doing so. They were also asked about their motivations to live stream and their advertising encounters within the live streaming environment. Two hundred adults, age 18+, were interviewed for each market.

Respondents confirmed that they watch digital video on a PC/laptop, smartphone, tablet, or connected TV and have watched live streaming on any device or platform. 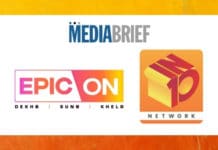 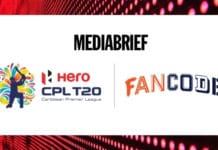 Cure.fit launches ‘Moves Like Remo’ under its dance fitness format