Viacom18 has joined hands with the Economic Offence Wing (EOW) of Mumbai Police and Brand Owner Entertainment One to fight counterfeit products and illegal usage of one of the most loved and valued brands amongst pre-schoolers worldwide, Peppa Pig. Raids were conducted in in Mumbai’s Abdul Rehman Street and Princess Street areas on businesses trading in counterfeit products of the popular kids brand. The raids, conducted at Choice Gifts in Abdul Rahman Street and Rolex Novelty at Princess Street in Mumbai, collectively seized a sizeable amount of counterfeit merchandise.

Anil Lale, General Counsel, Viacom18, said: “The Govt. of India has taken up the issue of piracy and illegal usage of IP significantly over the past few years, and we are proud to have worked with public agencies such as Department of Industrial Policy and Promotion, Maharashtra Cyber Crime Cell and Mumbai Police’s EOW to amp up these efforts.

“It is important to acknowledge that sale and purchase of counterfeit products are as serious offences as piracy since it takes away from the brand’s loyalty and diminishes its value for the creator,” Lale said, adding, “As rightful exclusive licensees, we feel it is our duty to the customer – which in this case are young children, to safeguard their interest against fake products.”

Tim Pfeiffer, SVP Business Affairs, Family & Brands, Entertainment One, said: “eOne believes in taking vibrant brands from screens to stores, and it is very encouraging to see our international partners and authorities undertake efforts that ensure only real products reach our young audience.

“Counterfeit merchandise is not only against the licensor’s interest but also has a colossal impact on safety and health of the user due to absence of quality standards,” Pfeiffer said.

The Economic Offenses Wing of Mumbai Police has been at the forefront of a rigorous fight against counterfeit products. Over the course of last year alone, by seizing surreptitious businesses that trade in counterfeit products, the EOW has severely dented the illegal counterfeit merchandizing business.

The TV series starring the  cheeky little piggy who lives with her younger brother George, Mummy Pig and Daddy Pig, digs what most pre-school toddlers love — playing games, dressing up, days out and jumping in muddy puddles. The creative and technical quality of the Peppa Pig production, along with its massive following amongst pre-school toddlers and their mothers, have created phenomenal equity for the series which has also won 3 BAFTA Awards for pre-school animation, and through EntertainmentOne has a pipeline of new episodes delivering fresh content through to 2023.

Great equity like Peppa Pig’s is worth fighting to protect, and in the international model of the franchise value pie, the two largest slices are the value of their broadcast and video rights, and the value of their themed premiums – commonly called merchandise in India.

And so there are pretty frequent crackdowns on counterfeiters and manufacturers of fake toys, clothes and personal care products based on the top franchises without permission. In the case of criminal use of Peppa Pig likenesses in unlicensed products, we heard of two Chinese businesses being rapped in eastern china for making spurious Peppa Pig toy kitchen sets and ordered to pay US$22,000 in fines for IP infringement after British firms won a landmark copyright court ruling.

Similarly, officers in China’s Yangzhou in Jiangsu province launched raids against a several factories, offices and warehouses of Youlemei, a dental supplies maker for making Peppa Pig-branded toothbrushes. The raids were conducted just before the annual November 11 Singles’ Day shopping festival. The police there also held a manager and seized more than 200,000 toothbrushes, 100,000 tubes of toothpaste and 20,000 shampoo bottles branded with the British cartoon character. Youlemei had reportedly began selling the Peppa Pig items in 2016, and was distributing them through the biggest Chinese e-commerce sites. The raids were in response to a complaint filed by Entertainment One, Peppa Pig’s copyright owner.

With more than  1000 licensees around the world, Peppa Pig is a top performing global preschool property that has been translated into more than 40 languages and broadcast in over 180 territories. 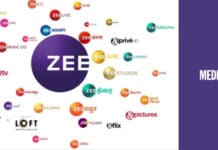 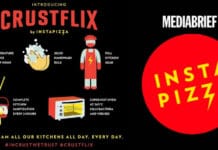 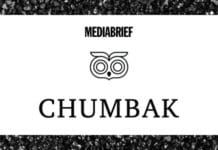