Varun Dhawan and Shraddha Kapoor from ‘Street Dancer 3D’ which is a coming-of-age story based on the lives of street dancers in India, visited RED FM’s office in style. The actors were given a grand welcome with a fiery flash mob performance by ‘Quest – The Hip Hop Skool’. The performance started on a high note bringing the Noida traffic to a halt and made the public gather on the street outside RED FM’s office.

With an energetic soundtrack from ‘Street Dancer 3D’ called ‘Illegal Weapon 2.0’ playing in the background, the crowd witnessed some of the best break-dance and b-boying moves by the flash mob. Seeing their groovy moves, Varun Dhawan and Shraddha Kapoor also danced to the beats of ‘Street Dancer 3D’.

While RED FM’s RJ Kisna and RJ Ashish entertained team Street Dancer 3D in their unique ‘Dilli Ke Kadak Launde’ style, Varun Dhawan with his team danced on the ‘Muqabla’ song from the movie. There was another surprise waiting for the cast at RED FM’s office. Viral TikTok sensation Yuvraj Singh aka ‘Baba Jackson’, who was declared as the smoothest air walker by Hrithik Roshan, stunned the crowd with his signature Michael Jackson moves. He also performed slow-motion dance along with the actor and dancer Raghav Juyal, which left the crowd cheering for more. After a line-up of lively dance performances, RED FM’s RJ Raunac also weaved interesting conversations with the cast where they shared some fun moments from behind the set while shooting the movie.

Brining their zeal and spirit in every performance in true Bajate Raho! style, Varun Dhawan and Shraddha Kapoor made the crowd hum and dance on blockbuster songs from the movie. A day full of wonderful street dance moves and upbeat Bollywood numbers from Street Dancer 3D movie, RED FM’s office experienced multifarious colors of entertainment. 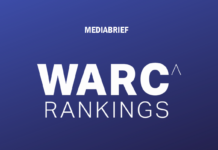 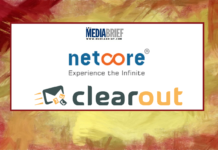