There is a strong correlation between proclivity to downgrade Legacy Pay-TV services and use of over-the-top television,  new research from The Diffusion Group has revealed.  It says those likely to downgrade their pay-TV service in the next six months are more dependent than others on over-the-top (OTT) streaming services like Netflix and Hulu.

As illustrated, among those moderately or highly likely to downgrade their pay-TV service in the next six months, 29% of their TV time is spent watching streaming sources, significantly more than those neutral or unlikely to downgrade. As noted above, the use of OTT TV increases in line with the proclivity to downgrade.

“The variety, reach, and personalization of OTT TV services continues to grow,” says Michael Greeson, TDG director of research. “While not yet a mainstream replacement threat, OTT TV is most certainly a key factor in downgrade considerations.” 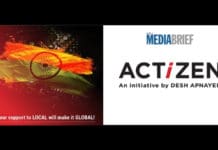