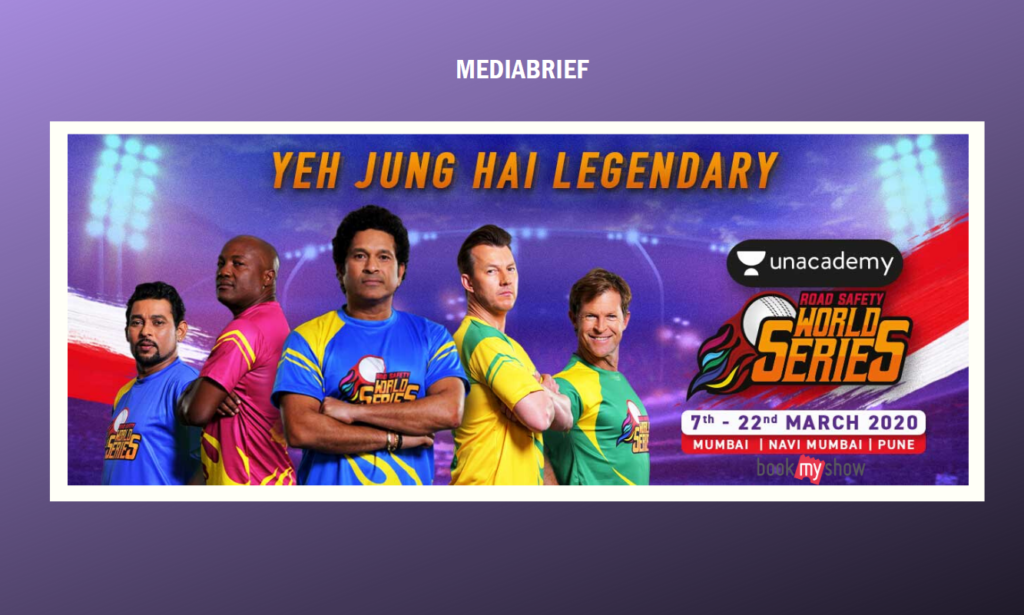 Tickets for the opening match of the Unacademy Road Safety World Series to be played between Sachin Tendulkar-led India Legends and Brian Lara-led West Indies Legends at Wankhede Stadium in Mumbai on March 7, 2020, were sold within six days of ticket sales going live.

BookMyShow, the official ticketing partner of the League, received an overwhelming response, selling over 80% tickets within 72 hours, with the highest priced category (at Rs 500) getting sold out the fastest. This unprecedented demand has yet again reinforced India’s love for cricket and the excitement of watching the legends live on the field. Interestingly, other matches scheduled in Pune and Navi Mumbai are also experiencing high demand.

Tendulkar will be taking part in a competitive match for the first time since he announced his retirement on November 16, 2013. Lara announced his retirement from all forms of international cricket on April 19, 2007. But they still command a lot of love and respect from cricket fans all over the globe and it was evident in the way they responded to the opportunity to watch both these legends lock horns once again at a historic venue and that too, for a noble cause to save human lives.

The Unacademy Road Safety World Series is a five-nation T20 cricket tournament which will showcase some of the biggest names in cricket from India, Australia, Sri Lanka, West Indies, and South Africa. Apart from Tendulkar and Lara, some notable players who will feature in this Series are Virender Sehwag, Yuvraj Singh, Zaheer Khan, Shivnarine Chanderpaul, Brett Lee, Brad Hodge, Jonty Rhodes, Muttiah Muralitharan, Tillakaratne Dilshan, Ajantha Mendis and many more. Former India captain, Padma Bhushan and the living legend, Sunil Gavaskar is the Commissioner of the Series.

Every year, more than 1.5-2 lakh people die on Indian roads due to vehicular accidents; one person dies every 4 minutes and 1,214 road accidents occur every day in the country. In the last five years, more than 65 lakh people were disabled completely. As cricket is the most followed sport in the country and cricketers are looked up to as idols, the Series aims to create awareness about road safety and change people’s mindset towards their behaviour on the roads.

Ravi Gaikwad, RTO Chief of Thane (Konkan Range), who is supporting this tournament and the noble cause of creating awareness towards road safety said: “The response from the people has been phenomenal and I am glad that fans are showing so much interest to come to the stadium not only to watch the legends play and but also support the noble cause of road safety that this tournament is trying to propagate.”

Albert Almeida, COO – Live Entertainment, BookMyShow said, “BookMyShow is thrilled to have received a phenomenal response for the opening match of Road Safety World Series, as we continue to give cricket fans an unparalleled experience that starts with booking their tickets and ends with a seamless match experience at the venue. It will be exciting to see two of the greatest batsmen of all times pitted against each other, for a noble cause. Wishing India Legends and West Indies Legends good luck! May the best team win.” 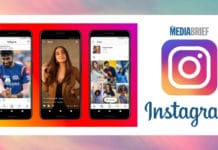 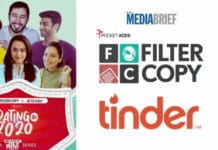 Tinder, Pocket Aces, match up to show evolution of dating in 2020 through ‘FilterCopy Mini’