Humorously Yours 2 has four episodes, and The Aam Aadmi Family 3 has five. The shows are TVF originals, exclusive on MX PLayer, and will be available on TVF and MX Player

MX Player, the world’s largest local video player and  one that says it offers ‘everytainment’ to various binge palates since its February launch as a streaming platform in India, is now set to stream two TVF originals – the next chapter of The Aam Aadmi Family 3 and Humorously Yours 2.

Humorously Yours 2 has four episodes, and The Aam Aadmi Family 3 has five. The shows are TVF originals, exclusive on MX PLayer, and to be simul-streamed on TVF and MX Player

The Aam Aadmi Family 3  premieres on 14 June, and will take viewers through the journey of a seemingly perfect family which, actually, is not-so-perfect.

Mr Sharma (Brijendra Kala) is every middle-class papa ever, Madhu (Lubna Salim) is the cute mom who runs the household like a pro, Bobby (Chandan Anand) is the naughty son and Sonu (Gunjan Malhotra), their daughter is the sweetheart of the family. But this Aam family is incomplete without Daadi (Kamlesh Gill) who is the notorious kid of the house. Depicting the classic Indian values served with a side of humor, the show revives some of our favorite characters through this 5-member family story.

Along with The Aam Aadmi Family 3, MX Player is also streaming Season Two of another series Humorously Yours. In it, Vipul Goyal – once a struggling comedian — becomes a lot busier as he tastes success, and the 4 episodes witness his journey to deal with the temptations that follow his new-found fame. Humorously Yours 2 also stars Rasika Duggal as Kavya, Abhishek Banerjee as Bushi, Jitendra Kumar aka Jeetu, Sahil Verma and Punit Lamba, among others. 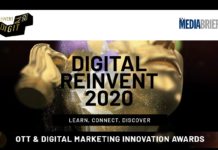 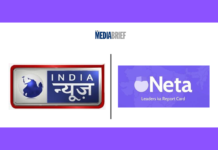