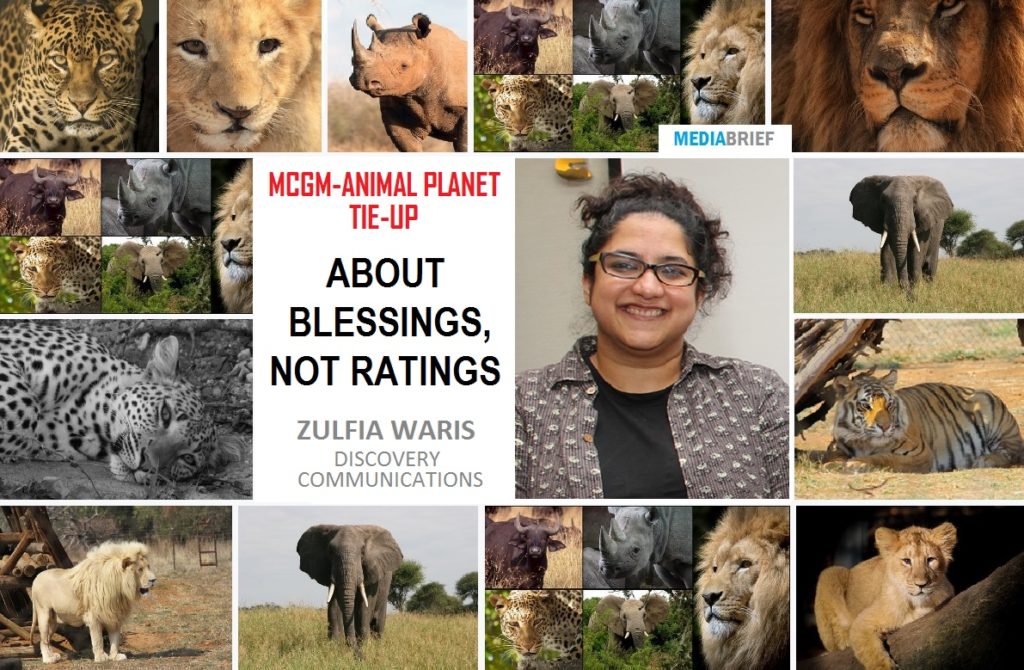 The Municipal Corporation of Greater Mumbai (MCGM) has tied up with popular wildlife channel Animal Planet to sensitize citizens of Mumbai, especially children, about the importance of wildlife. In a first-of-its-kind initiative, MCGM will launch its 3D Theater located inside Mumbai Zoo, and it will be powered with world class content from Animal Planet.

I caught up with Zulfia Waris, Vice President, Premium & Digital networks, Discovery Communications India, on the tie-up, the content that will be screened, and more. Excerpts from the conversation

Congratulations on the Animal Planet tie-up with MCGM to provide content for its 3D theatre at the Veermata Jijabai Bhosale Udyan & Zoo in Mumbai. This is a unique initiative, a first of its kind, for MCGM and for zoos in India.

It is an honor for us to work along with MCGM in sensitizing citizens of Mumbai, especially children, about wild life. We are confident that this unique initiative will go a long way in engaging and awakening viewers to the need for animal welfare and conservation.

What kind of content will Animal Planet provide to the 3D theatre at Mumbai zoo?

The initial line-up of documentaries offered is entertaining, and at the same time thought-provoking… emerging as they do from the fascinating intersection of the animal, human and natural worlds.

What were the common grounds that made this engagement between MCGM and Animal Planet possible?

We really believed in what their intent was, and you know, it’s such a neglected  space to be able to take this kind of initiative… upgrade… spread  awareness…  that’s something we are really excited about, because that is what we believe in.

Animal Planet as a channel believes in the conservation of the species, the environment, knowledge, information and satisfying curiosity of the people, and this is exactly what MCGM too wanted to do. So it was really a meeting of both minds.

What is your main objective behind this?

We have believed in doing something new every time, and this was the best opportunity of opening new doors. We have a larger aim behind this tie-up with MCGM — we are looking forward to boosting the connection between humans and animals. So, this is just the beginning, where we are sensitising the humans of Mumbai, especially children,  about wildlife, and it is the first time when I am not at all nervous about ratings. Ratings are not on my mind.

(Hearing this, Municipal Commissioner Ajay Mehta reacted, “It’s not the ratings that are on your mind but the blessings.” It was a simple statement that also revealed the main motivation of the MCGM for this initiative)

You are providing five movies to begin with. What language they will be in

Right now it’s Hindi that we are looking at. But further as we get footfalls from different people, we will surely think of expanding to other languages.

Tell us about the five movies that will start to play out from the 1st of February 2019.

There are five marquee documentaries by Animal Planet that will form the opening fare at the 3D theatre at Mumbai Zoo.

Jawai: India’s Leopard Hills. This is a fascinating story of co-existence between wild predators and human from the rare footage from Jawai, a picturesque location in Rajasthan, surrounded by hills. The village is situated near the Jawai dam, which makes it a paradise for the wildlife enthusiast. Leopards, the shyest of the big cats, can be sighted in these areas fairly regularly. They live on rocky outcrops similar to the African ‘kopjes’, and wander close to human habitation regularly. This show reveals leopard behavior like never before and challenges widely held opinion about the big cat.

Wild Africa is an exclusive Big 5 Safari the viewer can join as a guest in one of South Africa’s most celebrated private game reserves. Witness an array of spectacular wild animal sightings as we take you on a game drive early each morning, and late each afternoon. We move carefully through the African bush, seeking out the animals who make their home there, from creatures as small as francolin fowl to those as large as an elephant. The game rangers use their incredible tracking skills to locate the elusive leopard and complete a perfect African Big 5 Safari.

Mysterious Wilds Of India will screen magical moments from Indian cameraman Sandesh Kadur’s lens. Kadur is on assignment for a feature that examines how wild species can survive in a country like India. This film shares inspiring stories of India’s wild species and how they live, survive and sometimes even thrive in a crowded human world. People have moved in to every part of this country forcing India’s wild creatures to share their food, water and land. So what does it take for a wild species to survive and thrive in this crowded human landscape? It’s a complicated, inspiring and sometimes unexpected story of shared lives. This is truly 21st Century Wild India.

Extinct or Alive is a documentary that asks an intriguing question: What if extinct animals weren’t really extinct? It is about a wildlife biologist, Forrest Gallante, who is scouring the globe using cutting edge technology on his mission to find species that the world has stopped looking for. With a deep passion for and knowledge of all animals, Forrest tangles with remote and sometimes dangerous environments, seeking out evidence and eyewitnesses to track and bring back to life creatures mistakenly labeled as extinct.

The fifth is Speed of Life. It is about the fact that so much of nature functions much faster or slower, lighter or darker, larger or smaller than can be appreciated with the naked eye. The subtle nuances and hidden majesty of the natural world will now be revealed by using all of modern technology to manipulate time, light and size to analyze the speed of life.

Are you planning to create more movies for the 3D theatre?

Right now, what we have done is just one percent of what we have in mind. But whether we will be able to create everything we want to, is something that only time can tell.

Do you have any plans to start a 3D theatre in other zoos as well?

Umm, let’s see how this works,  and if it does work really well,   then why not? 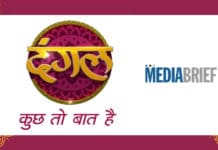