Ever heard of ghosts who make kids “Laugh out loud” with their antics and at the same time teach a lesson or two? Never, right? Welcome to the comedy show called ‘Paap-O-Meter’ on Sony YAY!

In the past, the channel took it upon itself to make summer plans for kids with their campaign called #whatsyoursummerplan by hosting new episodes and movies of KickO & Super Speedo and Honey Bunny ka Jholmaal.

Keeping the fun intact, the channel is back with exciting new episodes and brand-new movies of ‘Paap-O-Meter’ allowing kids to catch their favourite YAY! toons in action from Monday to Friday at 3 PM.

The series of new episodes will see the ghost trio Bhootboss and his two assistants Thakela and Pakela punish the wrongdoers, including people who contribute towards noise pollution with incessant honking, the serial litterers and many more. The gang is not far behind in reprimanding the kids who use the resources irresponsibly. All the right lessons served with unlimited fun makes the Paapometer as one of the most loved show.

Leena Lele Dutta, Business Head, Sony Pictures Networks India, Kids’ Genre, said, “It’s heartening to see the amount of love Paapometer has received from kids across the country. To reciprocate the love the channel will showcase new stories and the first ever movies with the Paap-O-Meter trio. We are sure that kids’ favorite YAY! toons and their thrilling adventures will make their vacation full of excitement and fun.”

In the past, The channel called out for entries where kids could choose their stories that they would want to see on ‘Paap-O-Meter’ and the heartening responses led to creation  of  new episodes basis the entries received in  one-of-its-kind initiative. While kids are glued to new episodes, the Paap-O-Meter gang are all set to treat kids with their first ever tele-movies in the coming months. 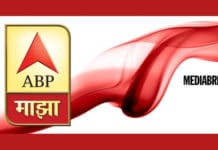 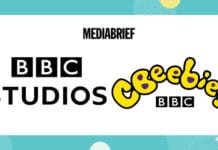