Sony MAX is all set to bring to you the World Television Premiere of â€˜Malaalâ€™ – a story of two very different individuals from contrasting worlds falling in love with each other against all odds. The film showcases the stark difference in their personalities and unravels a journey that strikes a chord with everyone who has ever fallen in love.

Produced by Sanjay Leela Bhansali, Mahaveer Jain, and T-Series, Malaal marks the Bollywood debuts of Sharmin Segal along with Meezaan Jaffrey, who has also previously assisted Bhansali in Padmaavat. Malaal premiers on 19th October 2019 at 8 PM only on Sony MAX. 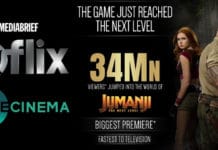