Shemaroo Entertainment, India’s leading content powerhouse announced the launch of three animated series which are now available on Netflix worldwide. The three series will bring Indian characters and traditions alive for kids across borders and geographies. The original animated series are produced and created by Shemaroo and are immensely popular amongst Indian kids. Shemaroo is a pioneer in original content creation of animated movies, series and digital content in the Indian Animation and Media and Entertainment industry with popular characters like Bal Ganesh, Ghatothkach and other homegrown characters.

Spread across 13 exciting episodes of half an hour each, the three series uniquely not only entertain the kids but are also a treat for the entire family and with a focus on values, fun and learning.

‘Bal Ganesh’ is one of the most loved and popular characters from the house of Shemaroo. The young and mighty elephant-headed God, also known as the God of knowledge and wisdom, is the son of Lord Shiva and Goddess Parvati. The stories centre around Lord Ganesh’s childhood antics along with his friends Mooshak, Nandi, Bhringi, Aggam-Baggam and their adventures.

While the evergreen Akbar Birbal series showcases the camaraderie between the ruler and his minister, the legendary characters greatly influenced one and all and became the most loved characters in Indian folklore. Tales of Akbar & Birbal are full of quick wit and humour – a treat for the entire family. The series shows Birbal using his intelligence and presence of mind to provide justice to the people who come to Akbar seeking for his help. He also uses his intellect to amuse the emperor or calm him down when he is angry.

The famous Tree House Tales entails the story of neighbourhood friends Jack, Shelly, Mandy and Roonie, who meet up at their tree house, to discuss issues that they encounter and learn to adapt to the fast-changing world around them, something that every kid identifies and grapples with on a day-to-day basis.

All the three animated series can be enjoyed by audiences available exclusively on Netflix. 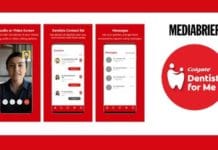 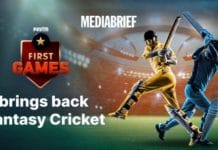