&Pictures will premiere the granny-sharpshooters flick, Tushar Hiranandani’s entertaining Saand Ki Aankh, which is based on the true story of India’s oldest sharpshooters, Prakashi and Chandro Tomar. Breaking new grounds and leaving umar in their background, the dadis, with their unbreakable spirit and determination lived every woman’s dream of their right to to glory.

Bringing to life this engrossing journey set in rustic north India are award-winning actresses Bhumi Pednekar and Taapsee Pannu. The film also features Prakash Jha, Viineet Kumar and Pawan Chopra in pivotal roles. Catch it on &pictures on Saturday, 30th May, at 8 pm.

On playing Chandro Tomar, Bhumi Pednekar said, “Shooter dadis’ lives were filled with hardships. After having spent 60 or even more years under the ghungat,  they finally decided to break societal stereotypes and see the world.

“One thing that stayed by me while I played Chandro’s character was that despite leading a happy and wholesome life they were open to change. Their zeal for life, the language used to communicate with each other… all of it said that they wanted to live life to the fullest and in its true sense.

Pednekar said she hoped the the film’s premiere on &Pictures “stirs the audience and many more such Chandros and Prakashis are born in our country.”

Taapsee Pannu said, “While movies are made to entertain the audience, they are also looked at as a tool to address prevalent issues in society. Saand Ki Aankh is a movie that was made with the latter intention in mind. Many might not know of or agree with it, but women in rural areas are kept under the watchful eyes of the men in their houses. It is a story of how two women – Prakashi and Chandro Tomar decided that enough was enough and took matters into their own hands.

“They were not only each other’s support system but also the world’s oldest sharpshooters who set an example by taking up the sport at an age when we people usually give up on their ambitions.”

The movie revolves around the lives of Chandro and Prakashi Tomar who are restricted to their house compound and identified by the colors of their ghungat. Treated as baby-making machines, they are married off to take care of their husbands and households.

From discussing family matters, to deciding the happenings of the day, the patriarch of the family, Rattan Singh (Prakash Jha) has the final say. One day, Yashpal, a man influenced by the urban ways sets up a shooting academy as he believes this can change the lives of the village kids. Driven with the thought their daughters don’t live the kind of lives that they have, the dadis enroll their daughters.

While trying to make their daughters learn the sport, they themselves land up hitting the bull’s eye, which leaves Yashpal in a daze. Blown by their perfect shots, Yashpal decides to train them.

This makes both the dadis believe in their potential as they go on to shatter every stereotype and bring home laurels.  Catch it all on the premiere of Saand Ki Aankh on 30th May at 8 pm. 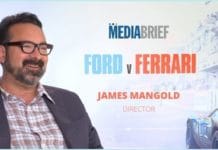 Ford Vs Ferrari is about connections & collaboration with others: James Mangold 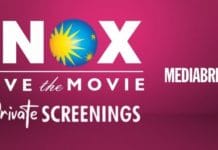 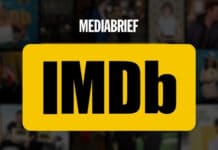 #Halloweenbinge: IMDb’s list of 25 of the most popular Indian horror movies 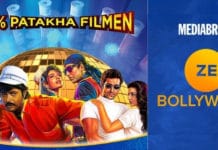 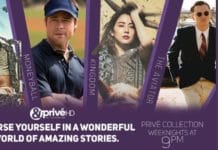 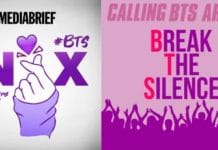