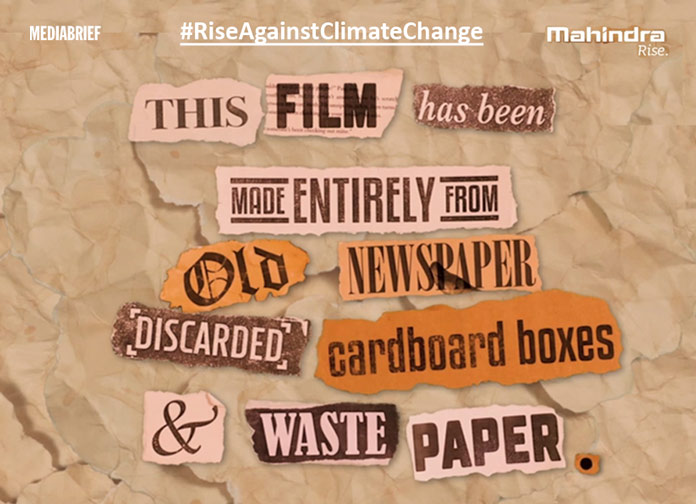 Taking the age-old adage of ‘Medium is the Message’ to a new level, the Mahindra Group has released a new digital campaign that builds a case for tree plantation and encourages people to #RiseAgainstClimateChange.

The entire unique film has been uniquely created using recycled waste paper to make a strong case for environment preservation through Tree Plantation. The simply made and easy-to-watch film achieves what it sets out to do – convey the seriousness of the threat to the environment, and the dire need to plant trees, which is the big idea of the film: to celebrate the tree. The use of recycled waste paper in the creative execution of the film makes it an environment-friendly, differentiated narrative with a subliminal message on waste recycling.

The film uses animation where all the elements have been created out of recycled paper including highways, bridges, factories, trees and even smoke. The voiceover, in tandem with the images, talks about the negative impact that human beings exert on the environment, and how the quiet and humble tree is a consistent hard worker, that reverses the damage and helps clean the environment. 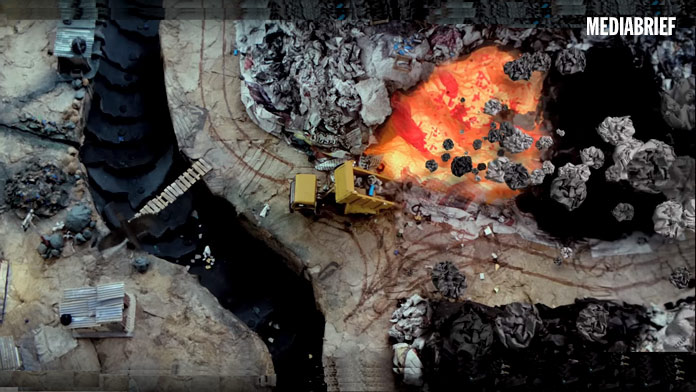 And after the completion of the film, the sets constructed out of recycled paper were shredded and converted into manure, upholding the overall message of the campaign which is Environment Conservation.

Even as it communicates the important message, the film also informs that across more than the last eight years, the Mahindra Group  has planted as many as 15  million trees since 2007 – that’s one tree planted every 25 seconds!

Sushil Singh, Vice President Group CSR, Mahindra & Mahindra, said  “The Mahindra Group has extensive experience in addressing climate change through various initiatives including our Hariyali program… Together we can make a real difference to the environment, and we hope that this film will not only promote better understanding of this cause, but also inspire action from others.” 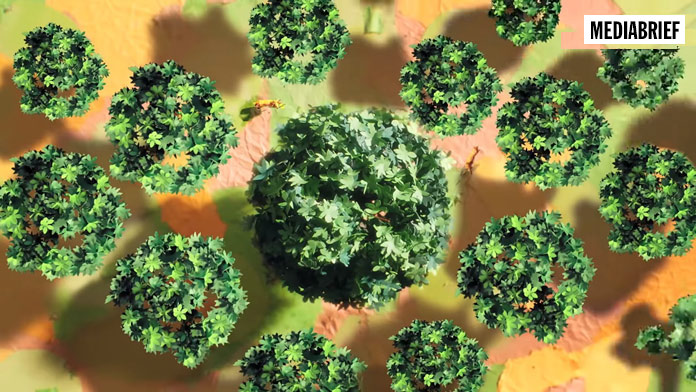 Mahindra’s Hariyali Program has not only increased the country’s green cover substantially but has also enhanced livelihood opportunities and built nutritional security for several local communities across the length and breadth of India.

The campaign went live on Wednesday across all the digital channels of Mahindra Rise,  and will be supported by various surround activities including social media engagements, contests, felicitation of Environment champions and enabling people to take action on the ground through select NGOs. Together, all of this will spread the word and help create a movement around this vital cause.

Vivek Nayer, Chief Marketing Officer, Group Corporate Brand, Mahindra Group, said, “Mahindra is a socially responsible and trusted brand, and with our RISE philosophy, we not only want to do good in the community, but also aim to inspire others to do good in order to drive positive societal change. There is a significant impetus on the cause of Environment across the world, and this film is aimed at driving the message on environment conservation.”

“With the #RiseAgainstClimateChange campaign, we’re bringing to the forefront the issue of environment degradation and seeking people’s collective power to address it through the act of planting trees. In fact, to make our message more impactful, we built the sets for our film using only recycled waste paper, ensuring that every aspect of the communication reinforces the cause of conservation,” Nayer said.

Climate Change a major cause for concern to millennials

The Mahindra team had conducted a detailed social media listening exercise on social causes in India. Not surprisingly, Climate Change emerged as the second biggest concern for millennials, accounting for more than 22% of the conversations online.

This film is important in light some important facts that secondary research threw up. One, that deforestation levels are extremely high, with as much as 80% of the world’s forests having been destroyed or irreparably degraded over the past few decades. And two: that we continue to lose 18.7 million acres of forests every year —  equivalent to 27 soccer fields every minute.

Important credits of the film: