Radio City, India’s leading radio network, reiterated its commitment towards making the city pollution-free by organizing a plantation drive, #O2Movement, in the capital city on 14th January 2020 at the MCD Park in Keshavpuram. The campaign brought together collective forces of the listeners and local bodies to battle the growing concern of the air quality in the city.

Radio City’s RJs Aadi and Manav spearheaded the Radio City’s #O2Movement and during their popular evening show, Radio Ke Aadi- Manav, that airs, Monday – Friday 5:00 pm – 9:00 pm, the RJs created awareness on air about the importance of planting trees to curb pollution and plant saplings as an investment for a green future. Speaking about the initiative, Kartik Kalla, Chief Creative Officer, Radio City, said, “Today the world is waking up to the wrath of climate change. Radio City has always been at the forefront of driving campaigns that address the civic issues faced by citizens. Delhi has been battling terrible air pollution and the receding green cover is only amplifying the problem. Radio City’s #O2Movement is yet another example of how we leveraged the power of radio to drive conversations to explain the gravity of this issue and mobilized Delhiites to join hands with local bodies and work together to set an example for other cities to become a cleaner and greener space to live in.”

Varsha Joshi, Commissioner of MCD said, “We are glad to associate with Radio City for the #O2Movement. I would like to applaud and congratulate team Radio City for their efforts and dedication for planting trees along with listeners and making this initiative a huge success. I hope this association is long term and we create many such movements in the future as well.”

As per the System of Air Quality and Weather Forecasting (SAFAR) report, breathing in Delhi air is equivalent to smoking 44 cigarettes a day the report also states that the air quality index (AQI) of Delhi was recorded at 306 with PM10 in December, which falls under the very poor category. Even in adjoining areas of the capital, the AQI also plunged making it tough for residents to move outdoors with Gurugram (245), Faridabad (240), Noida (238) and Ghaziabad (347).

Several government organizations and activists have been working to make the situation better. Radio City’s #O2Movement addressed such challenges by utilizing the power of radio. True to the brand’s core motto of ‘Rag Rag Mein Daude City’, initiatives like these continue to help listeners battle civic issues and bring about a positive change in our society. 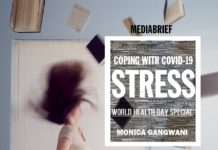 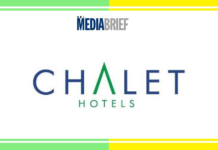 Chalet Hotels wears its solidarity with COVID-19 fight, with #LightsofLove 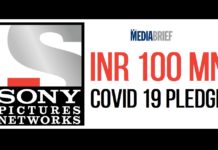 Exclusive: How I made it work! – Pallavi Mathur Lal on...

Exclusive: How I made it work! – Pallavi Mathur Lal on...