Radio City was one of the first radio stations to exclusively partner with Helo, the leading regional social media platform in 14 Indian languages, and conducted an integrated digital campaign with the #HeloLivePeMilo initiative.

As a part of the week long #HeloLivePeMilo campaign, Radio City’s RJs Mitali, Harshil, Shiv, Shonali, and Kishore Kaka interacted with their fans and listeners through an engaging LIVE session on the Helo app to strengthen their connect with the regional audience.

The campaign was promoted extensively across Radio City’s and RJ’s Facebook, Twitter, Instagram, and Helo handles. The #HeloLivePeMilo campaign garnered a whopping 2 million views. The individual RJ Pages saw an overall increase of 18k+ followers on their Helo Profiles post the live session.

On Twitter, Radio City’s tweet encouraging its listeners to execute PM Narendra Modi’s task of lighting diyas and showing solidarity for the frontline warriors, was retweeted by the PMO’s Twitter handle and received 23,000 likes.

To entertain the audience and brighten up their days during these times, Radio City did 128 Instagram Live videos with famous personalities like Dia Mirza, Kapil Dev, Shruti Haasan, Rana Daggubati, and many more, which garnered more than 6 lakh views.

Rachna Kanwar, COO, Digital Media, Jagran Prakashan Limited, said, “First and foremost, we feel privileged to have been able to keep our listeners entertained during these tough times. And we feel humbled by all the love that we’ve received, resulting in a stupendous 280% growth of our social media reach numbers in April.

“Throughout the lockdown, we have introduced innovative and engaging ways to keep our audiences entertained digitally in tandem with the communication that we have been sharing on radio. We were able to catch the nerve of recent trends and the rapidly unfolding situation and responded with alacrity to share content that was relevant and what our audience was craving for.

“Amplifying our philosophy of ‘Rag Rag Mein Daude City’ through this current slew of digital campaigns, we have brought the perfect concoction of entertaining music, socially relevant content, and curated initiatives, providing an exciting digital experience for our listeners across the country,” Kanwar said.

Viral City, Radio City’s Radio & Digital IP which was launched in September’19, has RJ Archana and RJ Salil interview renowned YouTubers and TikTokers, asking them to share stories about the struggles faced in their journey to the stardom they received and tips and tricks related to their field.

The list included prominent names like Jannat Zubair, MSK Vlogs, Slayy Point, Riyaz Ali, Mr. Faisu, amongst many others. The interviews posted on YouTube received 1.5 Million views in the month of April.

Harnessing the reach of Facebook, Radio City, in association with Think Music, Divo, Aditya Music & D Beats, conducted Facebook Lives for its popular IP ‘Concert From Home’ in the Southern cities of Chennai, Hyderabad, and Bangalore with some of the biggest names in the South music industry.

Radio City also partnered with Virtual Planet to entertain the audience in Rajasthan. Both these activities saw 2 Million live viewers and witnessed a total reach of 3.5 Million. To make its audience laugh, Radio City’s RJ Divya and Ramit Jain, through the ‘Pati Patni Aur Lockdown’ activity on Facebook, shared multiple humorous one-minute sketches of the relationship between a husband and a wife during the lockdown. The show garnered 6 Million views, with 12 Million reach on the platform.

The reach of these digital campaigns further substantiate the findings from a recent KPMG report titled “Covid-19: The Many Shades of a Crisis- a Media and Entertainment Sector Perspective”, which says digital consumption has seen a surge during the lockdown period.

With innovation as its core, Radio City has yet again integrated contemporary ideas to engage its listeners and bring a smile on their faces during these tough times. 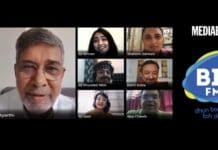 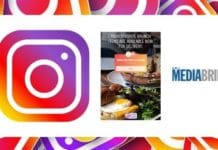 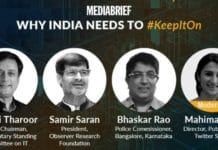