&privéHD, the  destination for nuanced cinema, is set to premiere, ‘Family’, an American comedy film written and directed by Laura Steinel in her directorial debut on Saturday, April 11, 2020 at 1PM and 9PM. An unusual story of an emotionally stunted aunt trying to bond with her 13-year-old niece who is a victim of bullying. Available with the Zee Prime English HD Pack, the channel encourages viewers to explore the unheard and the uncommon Privé Premieres all through April.

‘Family’ features Two Time Primetime Emmy Award Nominee Kate McKinnon portraying the role of Jill in the movie. Along with her, Golden Globe Nominees Allison Tolman and Taylor Schilling also are a part of the movie as Cheryl Stone and Kate Stone respectively. It had its world premiere at South by Southwest in 2018 but was released on April 19, 2019 by The Film Arcade.

Kate Stone is career-oriented and enjoys her life the way it is. Her impetuous behavior repels relationships making her an outcast in her own right. When Kate decides to help her estranged brother to babysit her tween niece Maddie, things changed. The bond kept getting stronger and Maddie kept revealing stories of being bullied and of wanting to run away to be a Juggalo. The movie takes a humorous take on the bully and its repercussions.

This April, witness an usual story of an aunt and niece as Family is all set to premiere this Saturday, Aprill 11 at 1 PM and 9 PM, only on &PrivéHD 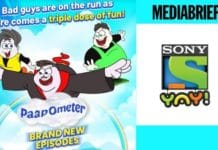