&pictures, takes a refreshing step in setting a benchmark in the broadcast space to maximize the movie viewing experience with a TV first initiative. ‘Footfairy’, an &pictures original film is all set to send chills down your spine with its release this October on &pictures.

This murder mystery explores the dark side of how far an absurd obsession can make you go. Set against the backdrop of Mumbai, the edge of the seat psychological crime thriller is an intriguing cat and mouse chase between a CBI officer and a mysterious serial killer with a absurd fetish. 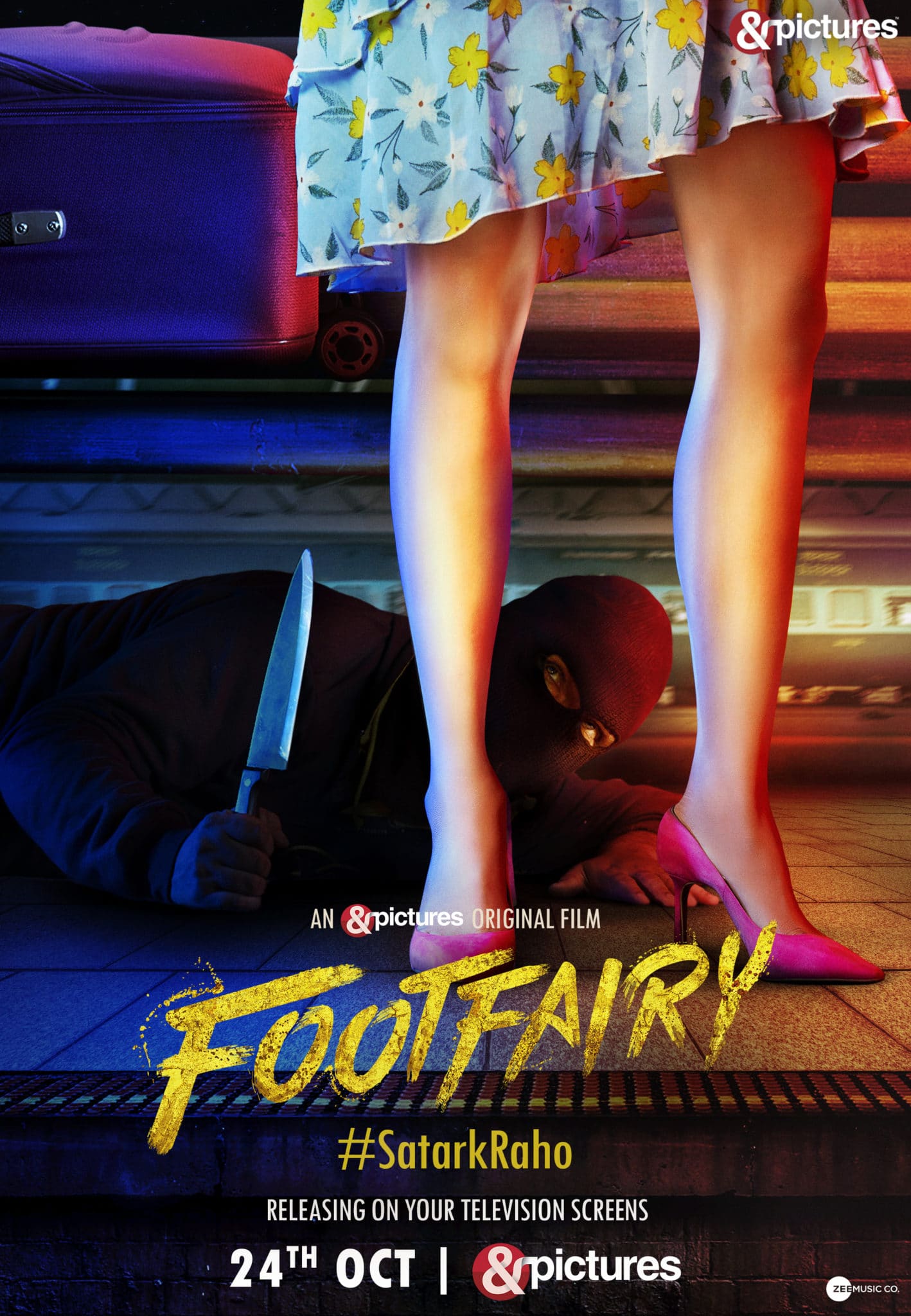 Ruchir Tiwari, Business Head – Zee Hindi Movies Cluster, said, “As a brand,  we have always kept innovation at the forefront to ensure a maximized movie viewing experience for the audience. Back in 1993, ZEE started the trend with the movie  ‘Phir Teri Kahani Yaad Aayee’, a direct to TV release.

“And, now after 27 years, &pictures is launching its first TV initiative – ‘Footfairy’, an &pictures original film,  which is another step in that direction. While new movies are skipping theatres and hitting OTT platforms this year, &pictures with the launch of Footfairy is  geared up to set new benchmarks in the Indian television space with a TV first release. Television is a powerful medium to reach out to a vast base of audience at one go.

“It reaches out to 835 Mn audiences across India which is unmatched compared to any other medium. And, the current subscribers of &pictures will be able to watch this TV first release at no extra cost. Produced in collaboration with Odd Ball Motion Pictures, Footfairy is a dark, twisted story in the universe of the young and restless urban India that will keep the audiences engaged,” Tiwari said.

Kanishk Varma, Writer and director, said, “Crime thrillers have always intrigued me, the whole suspense, mystery and the chase involved just blows my mind. I have been a huge fan of the book Mind Hunter and that’s something that inspired me to create Footfairy. Audiences today have been exposed and are now more accepting towards edgier content.

“Footfariry with its bold and all new perspective is a perfect film for those who love to explore and experiment. The movie touches upon subjects that exist but are not openly spoken about like fetish or obsession. I enjoyed working with a very committed team and together have passionately created an edge of your seat adventure that you are sure to enjoy,” Varma said.