India’s horizontal travel major that has been a pioneer in launching innovative features for flight, bus and train travellers, Paytm Travel today announced that over 60,000 fight and train tickets have been booked in the last one week post the easing of lockdown travel norms. According to the travel major, most of the tickets booked for flight as well as for trains are by citizens heading back home from metropolitans to home towns in tier-II and tier-III cities.

– More than 8,000 flight tickets booked this Eid-ul-Fitr on May 25
– Top-flight routes Delhi-Patna, Bengaluru-Kolkata, Mumbai-Varanasi and Delhi-Srinagar
– Close to 3,000 train tickets getting booked every day for 230 trains that have been opened for ticketing
– Migrants booking train tickets in large numbers from New Delhi to Patna, Kanpur, Howrah, Guntur-Secunderabad other top routes

Due to the last three consecutive lockdowns, several travellers had to stay back in metro cities mainly New Delhi, Mumbai, Bengaluru which they might have visited for work or leisure. They are now taking this opportunity to book a ticket back to their home towns in non-metro cities including Patna, Jaipur, Lucknow, Ahmedabad, Varanasi, Guwahati, among others.

A few sectors such as Delhi-Patna, Mumbai-Varanasi, Bengaluru-Guwahati are witnessing unusually high demand as compared to typical busy routes like Delhi-Mumbai and Bangalore-Delhi.

Paytm Travel is working closely with all airlines and also keeping abreast with all the guidelines of the aviation ministry as well as rules being laid out by the various state governments to ensure that passengers are able to return home safely. Some of the top destination states according to Paytm Travel are Delhi, West Bengal, Uttar Pradesh, and Bihar.

The states from where most people are flying out include Maharashtra, Karnataka, Tamil Nadu, and Telangana.

According to the travel major over 8,000 flight tickets were booked on Eid-ul-Fitr on May 25. The surge of the tickets bought during the weekend has been the highest. With the government clearly charting out travel guidelines and restrictions and most flights running as per schedule, flyers have been making an informed decision in buying tickets and cancellations have been quite less.

At present, the government has allowed train ticket bookings for 230 trains across the country. Close to 3,000 train tickets are getting booked daily in the last seven days. Paytm Travel has also witnessed a large number of train bookings by migrants who are heading back to their home towns in Bihar, Telangana, West Bengal, Uttar Pradesh among other states. Some of the popular routes include New Delhi-Kanpur, New Delhi-Prayagraj, Guntur-Secunderabad among others.

The flight and train search volume on Paytm Travel in the last seven days has been trending at close to 200% of the average daily search volume witnessed before the lockdown began in March. Since the bookings opened up, Paytm has witnessed over 85 lakh searches for flight and train tickets with a surge in demand happening over the weekend. The searches hit a peak of 1.77 lakh requests per hour during the weekend.

Abhishek Rajan, Senior Vice President – Paytm Travel, said, “The pent up demand still remains for non-metro routes from metro cities as eager travellers are booking tickets to go back home. For Delhi, Mumbai, Bangalore as the origin cities, we are witnessing large numbers of bookings for destinations such as Patna, Guwahati, Varanasi, Bhubaneswar, Bagdogra, Lucknow, Ranchi among others. While there is a surge in demand, we think it will taper down with time. After train services were resumed on limited routes, migrants are booking tickets in large numbers.” 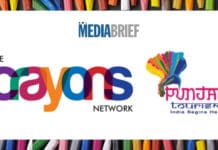 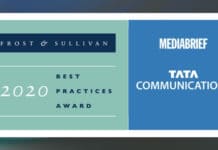 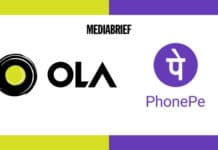 Ola partners with PhonePe to enhance its digital payments experience