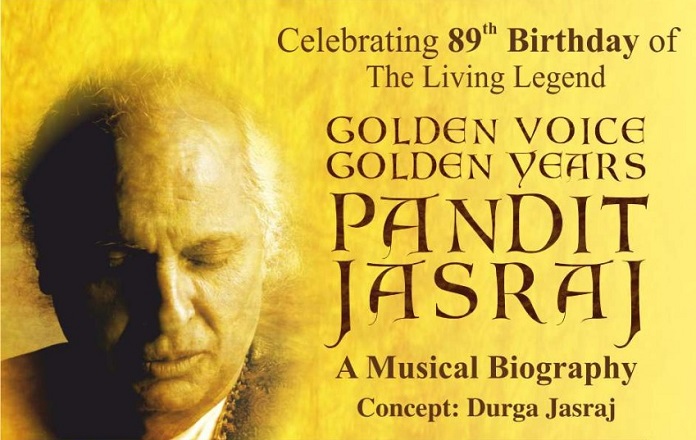 This is an event you absolutely must not miss. A galaxy of the biggest and most popular and respected names from the worlds of Indian classical and popular music across styles, genres and languages is expected to grace the occasion as a mark of their deep and  abiding respect for the great Pandit Jasraj. The audience will be regaled with an engrossing and engaging film featuring Panditji himself, reminiscing about the most memorable points from his musical journey. Shot by Durga Jasraj, the musical biography will take the audience through the five most important turning points of Panditji’s musical journey. It will the first self-narrated Musical Biography of a living Legend

The prized reminiscences will be interspersed with live musical performances, presenting, overall, a first-of-its-kind honest narration of the legendary singer and musician’s inspirational and motivating journey. 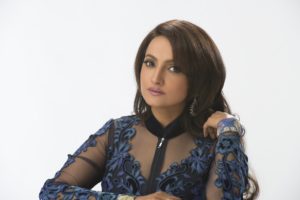 “This will be a unique presentation of Indian Classical music through a series of personal and interactive concerts,”said Durga Jasraj. Ït is being organized to commemorate and celebrate Bapuji’s (Pandit Jasraj ji’s) 90th birthday. It will be a 3-hour program, and will feature Panditji’s reminiscences, which I had shot over the past. Together, there are around 45 minutes of very interesting reminiscences which I am convinced will touch the hearts of Bapuji’s fans and music lovers. Many of his reminiscences are deeply personal and very inspiring. I would also like to thank the great and legendary Shri L V Subramaniam who will perform live, as also Shri Anup Jalota ji, for agreeing wholeheartedly to grace the event.”

There will also be  a very special and unique table symphony conceived of by Durga Jasraj herself. “For the first time, the symphony will perform raagas, using the sound of the tablas not as traditional notes, but as surs (music notes) that will be played in succession, like the notes of a raga,” Durga Jasraj said.  The Tabla Symphony will be a unique rendition of raagas on tabla, composed by Kedar Pandit. Golden Voice Golden Years was inaugurated by the honorable Prime Minister Shri Atal Bihari Vajpai in New Delhi on 12th Dec 2002 , and has enthralled audiences all over the world. In India, it has travelled to New Delhi, Bengaluru, Kolkata, Hyderabad, Pune, Mumbai and many more cities.

Ahmedabad had witnessed an overwhelming response, with more than 8500 people attending the unique presentation for 6 hours straight, without an interval in between.

Here’s a glimpse of what music lovers can expect at the unique Golden Voice Golden Years  concert:

It  covers five important segments from Pandit ji’s life, beginning with The First Lesson, to the great Begum Akhtar’s influence on Pandit ji’s life, to the segment ‘Tabla Prodigy’. Durga Jasraj says about this segment: “As a young 7-year-old, known simply as ‘Jasraj’ then, learnt the tabla and started accompanying established singers. He was known as a tabla prodigy, and played the tabla till for next 7 years, till one day, he was insulted by some singers who questioned ‘a mere tabla player’s’  locus standi to comment upon a vocal performance. That angered him, and he resolved then and there to really study and master the art of Hindustani Classical Vocal music.” That turning point too, is one of the segments of the engrossing golden story from Pandjit ji’s life.

Another segment the Musical Biography will touch upon has to do with The Guru Shishya relationship. In it, Pandit Jasraj ji speaks about the learnings and knowledge received from his guru Pandit Maniram and spiritual guru Maharaja Jaywant Singhji Waghela. Pandit ji makes some disarming and heartwarming admission of his shortcomings as a young shishya, and the lessons he learnt.

The fifth segment will present a whiff of life coming full circle, with an expression of complete submission to God. It will be followed by the highlight of the evening – a live performance by Sangeet Martand Pandit Jasraj ji himself.

So whatever you do, we recommend you don’t miss this upcoming Musical Biography Gloden Voice Golden Years Pandit Jasraj celebrating the 89th Birthday of the living legend. On Friday, 15th March 2019, at Shanmukhananda Hall, Sion, Mumbai, starting 7 pm.

Tickets available at Bookmyshow, Shanmukhananda Hall  and Maharashtra Watch Company. Also at Art And Artistes. Tickets range from  Rs.350  to Rs 3,500/- each. 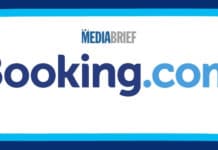 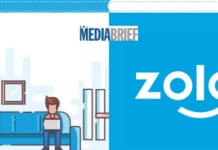 Zolostays waives off rent for its residents laid off from jobs