PARIS, Nov. 1, 2019 /PRNewswire/ — inwi, the global digital operator, received today the “Africa Gaming Award” during the “Paris Games Week”. This award recognizes the pioneering role of inwi in the development of the gaming industry in Morocco and Africa. 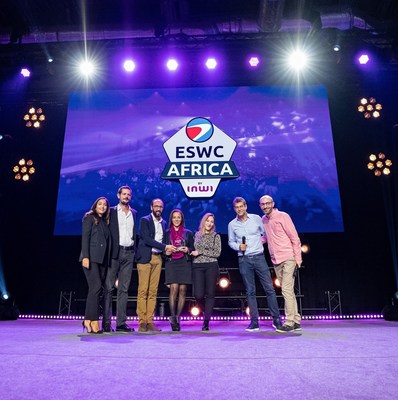 “This award recognizes and demonstrates inwi’s strong commitment to the development of the gaming industry, both in Morocco and Africa,” said Nadia Fassi-Fehri, President and CEO of inwi. “The achievements accomplished by inwi will promote the emergence of an innovative and dynamic ecosystem, as well as they will allow our country to reach a better position within this new worldwide fast growing industry.”

“As a world player in the e-sport and gaming industry, we are confident that there is a huge potential in Morocco and Africa for this field. inwi’s commitment to Moroccan and African gamers and developers is in line with our own vision of promoting this new industry worldwide,” said Ivan Nayfeld, Co-founder & CEO of Webedia Africa, co-organizer of the “Paris Games week”.

The “Paris Games Week” welcomed more than 316,000 visitors in 2018, and is now ranked among the Top 3 gaming events worldwide.