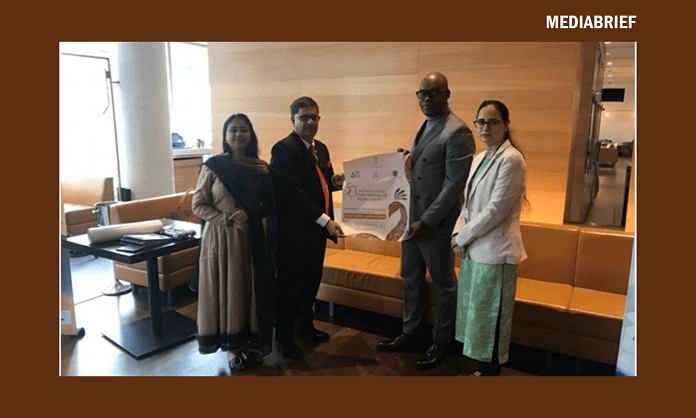 An India BrBreakfast Networking Session was hosted by I&B Ministry for I Dian Cinema on the side-line of its participation at the Toronto International Film Festival (TIFF) 2019. Apoorva Srivastava, Consul General of India, Toronto; Cameron Bailey, Artistic Director & Co-Head, TIFF and the Indian Delegation interacted with the participants at the Session.

The Indian Delegation apprised the participants about friendly policy initiatives and framework for filming in India and also on the process and procedure for obtaining clearance for shooting through single-window mechanism at Film Facilitation Office. The Delegation explored collaboration and partnerships for the Golden Jubilee Edition of IFFI 2019 and invited the world to be a part of the Celebrations in Goa this November.

Speaking on the occasion, Cameron Bailey said that there is a very strong bond between Indian Cinema and TIFF. He highlighted the range of Indian Cinema, stating that it is so much more than Bollywood. He talked about the richness of Indian cinema with different styles, languages and regional flavors which are reflected in the large scale musicals, animations, serious dramas, comedies and other genres of films produced in India. He also stated that there is no country in the world that makes films as India does.

All the stakeholders evinced keen interest in doing business with India.

Interaction with Officials and Delegates from Canada 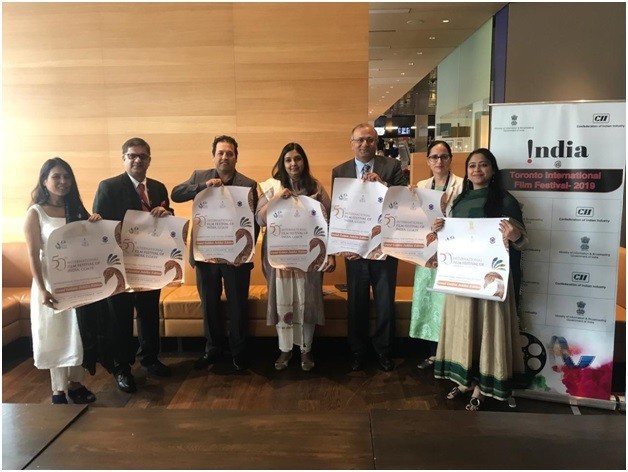 The Canadian Government was apprised of the recent initiatives undertaken by the Indian Government toward facilitating synergy between producers to foster co-productions. Measures such as institution of FFO, India to act as a single-window facilitation and clearance mechanism for according permissions for domestic and international film-makers for filming in India as well as  combined source of film-related information in the country, leading to greater ‘ease of navigation’; policy changes to standardize the process of permissions across India; keenness of government to organize conferences/workshop for sensitizing India & International film-makers; creation of accredited list of Indian Producers and Indian Film Fund specially dedicated to boosting co-productions; creation of an ecosystem of Nodal officers among the different Indian States & Union Territories for faster processing of shooting permissions were highlighted.

India – The All in One Destination to make Films

International Film Festivals, Commissions & Government Bodies expressed their desire to participate with India and IFFI 2019, while also applauding the recent changes in the policy framework. This signifies the attractive growth opportunities the vibrant media and entertainment industry holds through which India is being positioned on the global stage as the ‘All in one destination to make films’