SonyLIV has announced the launch of a new Hindi original web series, Gullak,  today. From the makers of Tripling and Pitchers, Gullak is a slice-of-life web series that dwells on the dynamics of the Indian middle class. All 5-episodes go live exclusively on SonyLIV starting 27th June.

Narrated from the perspective of a gullak (piggy bank), the show explores the imperfect relationships and aspirations of the Mishra family and narrates anecdotes from their lives in an unconventional style of storytelling. Starring Jameel Khan, Geetanjali Kulkarni, Sunita Rajwar Harsh Mayar and Vaibhav Raj Gupta, Gullak adds to SonyLIV’s existing repertoire of more than 150 originals across languages.

Written by Nikhil Vijay, Gullak is set against the backdrop of north India and narrates the story of a small family struggling to save up for a better future. Daily hassles and imperfections are routine for the Mishras who manage to stick together and sail through all that comes their way.

Within the small confines of their home, their lives are no less than a medley of emotions, arguments and laughter, all rolled into one.

Industry reports suggest that there are around *521 million Hindi language speakers in India currently. This number is going to rise 3X by 2021. SonyLIV was quick to realise the importance of localising content and was the first premium OTT platform to stream web original #LoveBytes. Gullak, which will also be available in Tamil and Telugu soon after its launch, aims to tap into this target segment and offer them home-grown stories that celebrate the subtle nuances of families living in India.

Uday Sodhi, Business Head – Digital, Sony Pictures Networks India, says, “Research states that out of the total time viewers spend on videos, *93% goes in viewing regional language content, primarily Hindi. There is an increasing empathy for stories that are relatable, contextual and speak in a language of their comfort. At SonyLIV, we have one of the largest repositories of original content spanning various Indian languages. Our new offering Gullak, is a compelling slice of life story that strikes a chord and leaves you asking for more.” 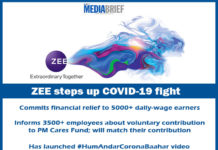 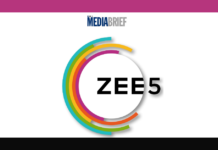 AutumnGrey develops a real-time tracker for Covid19 specially made for every...

AutumnGrey develops a real-time tracker for Covid19 specially made for every...