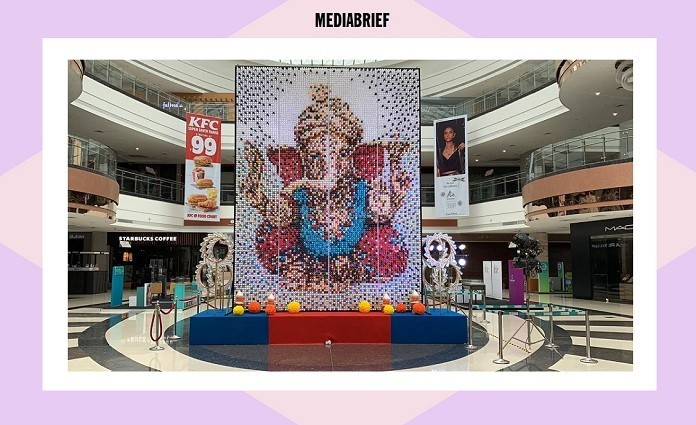 It started as a bit of a shocker – in a day when all things plastic are frowned upon, Seawoods Grand Central (SGC)  Mall, in an eco-friendly celebration of the Ganesh Chaturthi festival, came up with the idea of creating a huge Ganpati idol, which finally materialized with more than 10.800 plastic bottles being used. Yes, plastic bottles. And that, obviously, raised eyebrows. Until it was announced that the plastic bottles would subsequently be recycled to create lubricant fuel.

So, on all days till the 12th of September inclusive, guests at SGC Mall can seek blessings from the Lord Ganesh idol which is a first-of-its-kind initiative. Thereafter, in a visarjan (immersion) of a different kind, all the plastic bottles from the Ganesh idol will be recycled to create lubricant fuel.

For the initiative, SGC Mall has invited waste-plastic management specialists Rudra En Solutions, which will recycle the more than 300 kgs of plastics used to make the idol which, incidentally, was made by celebrated artist Abaasaheb Shewale and his team. 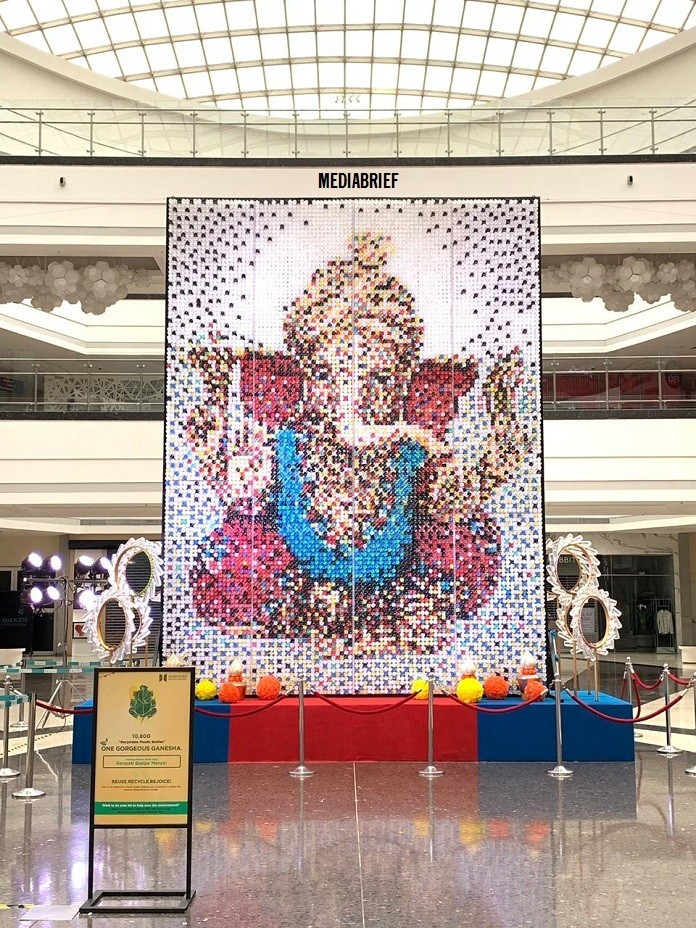 200-ml bottles painted in red, black, blue, green, yellow and white were used to create the idol in four days. SGC Mall had launched a donation drive wherein it invited its guests to donate their used plastic bottles.

This is an interesting initiative as through it, SGC Mall is also hoping to make its patrons aware of the harmful effects of plastic and how better plastic waste management everyone’s responsibility. The team is also hoping this large Ganesh idol would be able to enter the Unique Book of Records and India Book of Records.