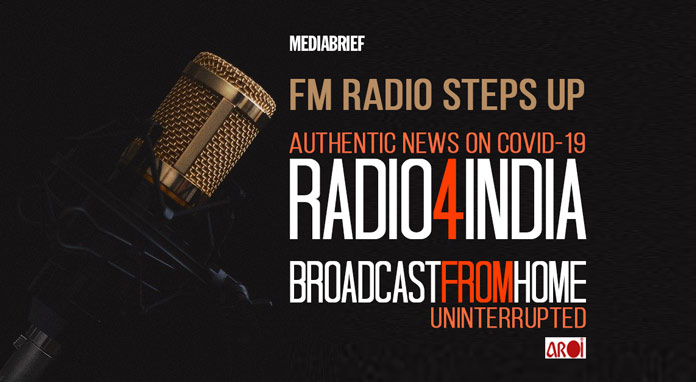 In the face of the COVID-19 pandemic’s looming threat to life,  private FM Radio operators have prepared for emergency broadcasts and have set up broadcast from home facilities, with several major FM Radio networks like Radio Mirchi, BIG FM, RED FM and MY FM already broadcasting from home.  Also, under the aegis of their representative body, the Association of Radio Operators for India (AROI), an official government- and radio coordination system, called the Radio4India initiative, has been created and is operational. 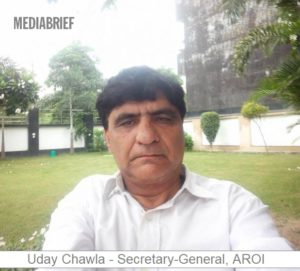 We reached out to Uday Chawla, Secretary-General – AROI, who confirmed the development, saying, “The Radio4India initiative has been launched with the cooperation and active participation of all AROI member Radio networks. The coordination system between the government and the private Radi operators in India is fully functional, and has been set up to assist the public get authentic information on private radio networks.”

Chawla also confirmed that the AROI member networks had opted to prepare for and set up their Broadcast From Home systems to ensure continuity of FM Radio broadcast. To the best of our knowledge and belief, there is no antecedent of similar broadcasting from home initiatives by FM Radio broadcasters anywhere else.

The Radio4India initiative has been conceived, created, and is now being executed under the aegis of the AROI by the Private FM Radio Broadcasters of India, whose stations have always partnered the Central and State governments for the sole benefit of the public, and contributed immensely through responsible messaging in management of natural- and man-made disasters

Radio-4-India: Genuine news about COVID-19, that FM operators are airing with independence

MediaBrief.com has also learnt from sources that there are two programming officials from each private network, who interface for all their stations with the Radio 4 India initiative for authentic content streams. The system works on a smooth flow of information sharing – the government shares updates, which Radio4India shares with the 2-member teams of all the private FM networks.

It is also significant to note that the AROI members are not bound to, but free to use at their discretion, whichever piece of news they would wish to share with their listeners for the greater public benefit. The entire coordination and operation of Radio 4 India is being run by AROI from New Delhi.

Meanwhile, most broadcasters have set up systems to broadcast from home, meaning, from the residences of their radio presenters/announcers. This is a step that will attain greater significance should the distribution of physical copies of newspapers be stopped by the government as a safety precaution against the spread of the COVID-19 virus.

Several housing societies across most metros and smaller cities have already banned the delivery of physical newspaper copies, and therefore, private FM Radio will acquire greater significance as only the third partner of Social and Television media for the dissemination of COVID-19-related news and updates.

Moreover, in light of the enormous amount of fake news doing the rounds of Social Media and Dark media platforms like WhatsApp, Radio would play a crucial part in the dissemination of authentic and genuine news and updates about COVID-19.

Should complete lockdowns be unfortunately necessitated, the uninterrupted continuance of FM Radio networks on air will be a crucial source of information to the public, and support to the government. The fact that Radio operators have rolled these arrangements at additional costs and at a time when there is very little to zero advertising on air, speaks of their commitment to their listeners and to society.

Significantly, even as the Private FM Networks keep working with the government in this hour of dire crises and threat to lives across the country, they are also hopeful that the Ministry of Information & Broadcasting will consider their representation made through the AROI for a bailout package that is urgently and immediately needed, to help save the medium and protect the jobs and livelihoods of approximately 20000 people serving the medium. Read that story here. 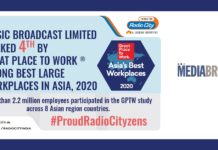 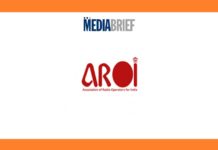