As beautiful Kerala reels under the devastation of its worst floods in a century, Star India has stepped up to donate to, and mobilise, disaster relief for the flood-ravaged state, through donations. The network has also co-opted renowned artists such as Mohanlal, Kamal Haasan, Nani and a host of Star network show icons, even popular Cricketer Dean Jones and several other sports icons, to rally public support by urging its viewers to step forward to help Kerala. Their #AllForKerala appeals have been playing out in eight languages on high frequency across a 50-channel network  of Star India channels and on Hotstar.

The company is leading by example here, and will donate Rs 2 Crores to the Chief Minister’s Distress Relief Fund (CMDRF) of Kerala. Moreover, it is encouraging its employees to donate at least a day’s salary, and on its part, Star India will match the total contribution of its employees. Moreoever,  Asianet employees have pledged Rs 25 lacs. All donations will be directed to the CMDRF to expedite post-emergency recovery and rehabilitation work in the flood-ravaged areas and districts across Kerala.

Star India has also partnered with the NGO ‘Goonj’  to aid with the supply of material contributions to the flood victims.

This is an example of using Media as the power of good, which is something Star India, emotionally invested in its biggest constituents – the people of India – has been doing.  That employees are being encouraged to donate a day’s salary is laudable, but what’s even more praiseworthy is that the company will donate an equal amount to the cause. The total donations might work out to a few crores, but what’s important to note is that if every corporate were to encourage its employees to donate a part of their salary – equivalent to a day, half a day, a quarter of a day or even an hour’s salary — think of the quantum of funds for the Chief Minister’s Disaster Relief Fund that could be collected.

Every little contribution will bring about a big change. Join forces with @ProfDeano and help the ones in need – come together in support of Kerala today making your donations at https://t.co/PbYWQdODPO. #AllForKerala pic.twitter.com/tYrurK0zeP

Uday Shankar, President of 21st Century Fox Asia, and Chairman & CEO of Star India said, “The rains have wreaked havoc in Kerala, which is facing its worst floods in a century. We believe we must do everything in our power to help. In an endeavour to support the on-going relief and rehabilitation efforts in Kerala, we are mobilizing funds and creating public awareness through the reach of our network. We hope these efforts act as a catalyst of proactive action in this hour of need.”

Another media Network that introduces itself as India’s biggest Media conglomerate, too has followed up on Star India’s initiative – it did come a day after the Star announcement — and has launched a campaign. While it is providing the critical awareness support for the urgency for donations and is also  offering a conduit for the donations, it hasn’t come forth with any cash donations. The point is to set an example and to put your money where your campaign is. But hey, laudable, praiseworthy, for sure, the desire and initative for the campaign. And anyways, one doesn’t know if any of the other significant broadcasters, distributors, major production houses, OTT Platforms, Movie exhibitor chains, Entertainment  body associations et al have come forth with donations and campaign, so if I haven’t mentioned them here, it is for want of information. But one is sure that everyone wants to – and should — do what best they can, and campaigns like the one from Star would go a long way in nudging people to the next step – to put their money where their upturned thumbs are,  so to speak, on Facebook, or their hearts are, on Twitter. Because their prayers, likes and good wishes on Socal Media just won’t be enough.

Oh, and apart from being crucial disseminators of information, how much of a financial  donation have Google, Facebook, Twitter, Instagram, WhatsApp, Snapchat and their ilk made? If you know of any financial  contributions from them to help rehabilitate the now-homeless lakhs of citizens of a country that has given them fabulous revenues and growth, let us know. Share through comments, please.

I particularly like the kind of inspirational action that a business leader I admire greatly, Anand Mahindra, takes whenever there is a need to lead by example.  He did that with Nanhi Kali decades ago, and this morning too, he Tweeted to around 6.73 million followers, saying:

Retweeting because the situation is worse than when I first posted this. I will donate again tomorrow… https://t.co/pltb6HdKWb

And had followers replying about donations made. And engaging with them.

That is a large amount, because you gave from the heart. #WeAreOne https://t.co/0nHNQlufrV

I’d like to end this post with what K Madhavan, MD, Star South India biz, has said. “The floods in Kerala are a tragedy of truly epic proportions. At this time we must do everything possible to help the State administration in undertaking the difficult task of flood relief and rehabilitating lives.”

“We would like to tell the people of Kerala, we are with you in this hour of need.”

As indeed we must.

You too can pledge your support for Kerala. #AllForKerala

Or you can donate via Bank Transfer:

To donate essential supplies for the flood victims: 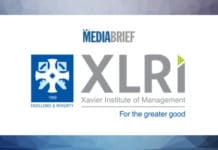