During the pandemic-enforced crisis across all sectors, e-retail, like most, has suffered a great deal of damage. ESYA Center has brought out an insightful report E-Retail, Consumer Demand and the Road to Recovery, which studies the impact the pandemic and the subsequent lockdown have had on e-retail in India, and MediaBrief.com caught up with the report’s co-authors  – Dr Megha Patnaik and Mohit Chawdhry.

We sought their views on the current situation and the overall landscape of the Indian e-Retail sector in it, plus their advice on what needs to be done for the recovery and growth of e-retail in India.

Read on for an insightful ‘save and keep’.

In your evaluation of the challenges linked to Covid19, what are some of your salient findings? 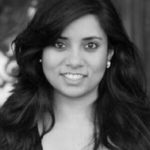 The findings in our report are based on an extensive survey of 2,000 sellers who are registered to sell on online platforms. We found a strong preference for online sales relative to offline among small businesses connected to online platforms.

The key problems faced by sellers during this period were related to supply chain disruptions and declines in demand. Shortage of manpower ranked lower, being listed only half as often by firms as a barrier to their operations.

These drivers are consistent across tier 1, tier 2 and tier 3 cities. More than half of our survey respondents (60%) reported not being able to recover losses due to Covid-19 in the current year.

What does your report find on the impact of Covid-19 lockdown on Indian households?

From the household data collected during the pandemic by CMIE, we find that the lowest deciles of households are the worst affected in terms of income losses. Poorer households with low savings rates are the ones primarily driving demand. If income for poorer households declines, it immediately affects the production side due to the large drops in demand.

Income and job losses that follow from the initial decline in demand can cause demand to spiral further downwards. On the other hand, the upper deciles of households are relatively less affected by income losses. We expect demand to be driven largely by these households in urban areas, which continue to have the willingness and capacity to pay.

Your report cites a survey conducted by FICCI in March 2020 reported that about 73 percent of members saw a drop in orders and 35 percent of respondents indicated inventory levels were up. Also, the National MSME Task Force predicts compression of approximately Rs. 0.8-1.2 lakh crore in profits for companies with turnover between Rs. 75-250 crore by FY21. Does your own research corroborate these findings?

The sellers included in the survey sample for our study typically operate more sophisticated firms in the MSME space as they are registered to sell on an online platform. Yet 60% of the firms we surveyed report not just a contraction of profits but inability to recover losses due to Covid-19 in the current year. Over half said it would take them more than six months to recover from the effects of the lockdown.

Do you see the e-retail sector as a viable channel for boosting demand, given the restrictions on movement in the interest of health and safety?

In urban areas, people can be expected to be reluctant to go into shops during the pandemic. In addition to the health and safety concerns, the overall experience for which consumers were earlier paying a premium is now muted, and customers who can switch online will do so.

If the Indian Government can facilitate this relatively safer channel, it can help smooth the demand decline somewhat, by serving the available demand today, while other longer-term mechanisms gradually adjust and revive. We recommend a 5-step process that both the Union and State governments can follow to ease the recovery process. 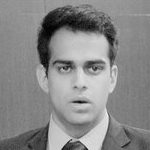 In the initial phases of the lockdown, both physical and online retail came to a near standstill. The Government recognised that consumers needed basic essentials and allowed all retailers to sell essential goods. This continued till about mid-April, when the Government issued a notification which allowed e-retailers to deliver non-essential items from the 20th of April.

This was in keeping with the fact that e-retail facilitates social distancing and contactless delivery, which were crucial during the lockdown. However, on the 19th of April, the Government withdrew its notification, seemingly under pressure from industry organisations that represented small and medium traders.

In our report, we’ve compared the Indian approach with a few countries such as the UK, New Zealandetc. We found that no other country we looked at had placed similar restrictions on e-commerce. In the UK, physical outlets except those selling essentials were closed until mid-June.

Similarly, in New Zealand, e-retail was allowed to operate in the highest levels of their lockdown while significant restrictions were placed on physical retail. This illustrates that nations were more positively inclined towards e-retail vis a vis physical retail, the opposite of what happened in India.

Another difference we find is in the policy instruments used to counter the pandemic. Spain passed detailed regulations covering various aspects of their response to the pandemic, such as moratoriums on rent, economic and financial assistance etc. Most significantly, other nations have enacted holistic legislations to tackle the public health aspect of a pandemic in recent years.

In India, we still rely on the Epidemic Diseases Act 1897 and a clutch of orders and notices under the Disaster Management Act. The efficacy and applicability of both is questionable. So, one of our recommendations is to review our pandemic management playbook, starting with the revival of the Public Health Bill that was introduced in Parliament in 2017.

You claim in your report that supply chains for all kinds of goods were disrupted by the lockdown. What specifically in your opinion led to disruptions in supply chains? And what do you believe could have been done to mitigate their effects?

Supply chains were disrupted due to range of factors, including restrictions on transport and movement of goods, closing of warehouses and lack of labour. The labour shortage occurred as a result of workers migrating back to the villages/towns as they had been assured full payment of wages.

Obtaining the necessary permits for essential staff also proved to be a challenge, especially when such personnel had to travel across districts. Even when a permit was obtained, it required renewal as and when the Government issued new lockdown regulations. Similarly, essentials goods were not defined with requisite clarity which created further confusion. Producers of essential goods, such as pharmaceuticals and processed foods, faced major challenges in sourcing packaging material for their goods.

A lot of the issues could have been mitigated with clear and consistent policymaking. While it’s understood that the policy response to a pandemic has to be dynamic, a lot of the changes were sudden and did not take the relevant entities into confidence. A clear example is the fact that the first lockdown was announced with barely a few hours’ notice leaving most entities in the lurch.

The report makes the claim that small businesses prefer to sell on online platforms over other channels. Is there any empirical evidence to support this claim, especially in India’s case?

Do you offer any recommendations to the government that can help pave the road to recovery?

We recommend a 5-step road to recovery. The first steps of this process are geared towards fostering an atmosphere of trust and credibility between the Government and market entities. This can be achieved by holding regular consultations, opening avenues for feedback and providing sufficient notice before major changes.

Further, policy actions should not skew competition between physical and digital business models. Instead, both models should be allowed to leverage their respective strengths. Authorities must also review the crisis management playbook, especially the legislative framework, keeping in mind lessons from the pandemic.

A framework governing e-retail, or e-commerce in general, should look to assist small enterprises in capacity building for a digitally enabled future. We can take inspiration from the sectoral development bodies in Malaysia and Singapore, which have enabled local businesses, such as Rakuten, to scale and compete globally. 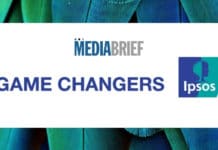 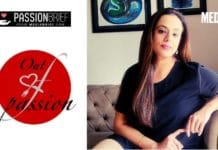 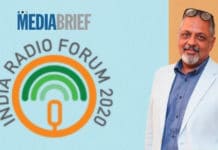 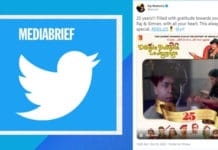 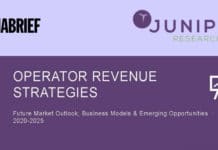 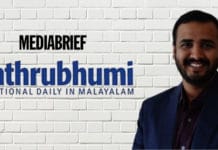