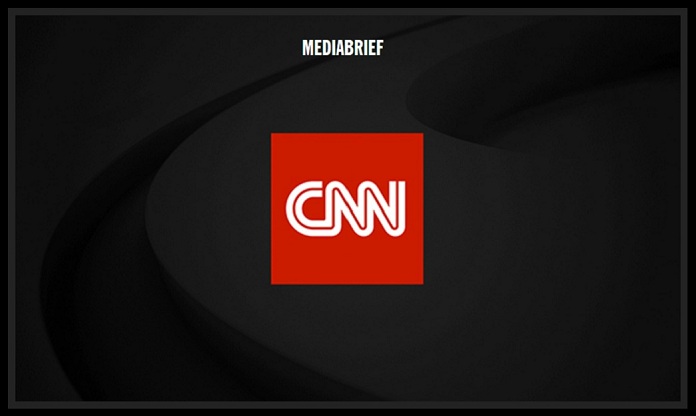 CNN is celebrating the tenth anniversary of its Middle East hub in Abu Dhabi and looking ahead to expansion plans at the network’s key-production, broadcasting and commercial centre.

November marks a decade since CNN first went on air live from Abu Dhabi.  Since then it has increased its footprint in the Emirate, made Abu Dhabi one of its major international hubs, and introduced a range of new programming, while reporting on an extraordinary decade for both the UAE and the wider region.

The network recently underlined its commitment to Abu Dhabi with the expansion of its prime-time news programme, Connect the World with Becky Anderson, to two hours.  It has also added new staff to its programming and newsgathering teams in the past two months.  CNN Abu Dhabi also continues to be the home of a range of business, lifestyle and travel TV and digital programming about the region.

CNN’s Middle East hub has also played a central role in events across the UAE, including partnering with Abu Dhabi Sustainability Week, Abu Dhabi Culture Summit, the World Energy Congress, and ADIPEC, and broadcasting live from the World Government Summit in Dubai.

Beginning in 2020, CNN will build on its commitment to fostering the growth of quality journalism through a series of educational and training initiatives in conjunction with twofour54 designed to equip the next generation of UAE journalists with the latest journalism, production and broadcasting skills.

The presence of CNN in Abu Dhabi is underpinned by a partnership with twofour54, providing CNN with access to cutting edge production, operational and broadcasting facilities and infrastructure. This will be enhanced when CNN becomes an anchor tenant at the new twofour54 facility on Abu Dhabi’s Yas Island. In addition, over the last decade, CNNIC’s Middle East team has forged partnerships with major corporations and entities such as Abu Dhabi Department of Culture and Tourism, Louvre Abu Dhabi, Mubadala, ADNOC,  MASDAR, Dubai Tourism, Emirates and Etihad.

Rani Raad, President of CNN International Commercial, said: “Having one of our largest international hubs in Abu Dhabi has been a gamechanger for CNN, both commercially and editorially, because it is central to our output and business in terms of both geography and time zone. Being here has enabled us to produce important content and establish strong partnerships from the heart of an important region that has been front and centre of the news agenda, global economy and innovation for the last decade.”

Becky Anderson, managing editor of CNN Abu Dhabi as well as anchor of Connect the World, said: “This decade has been one of profound transformation here in the UAE, and it has been thrilling to bear witness to that at close hand.  Culturally, economically and socially we have seen our home develop around us and have had the chance to play a central role in the development of the wider community here, which is a source of enormous pride for all of us.  Initiatives like our internship programme, and our partnership with the ZHO around People with Determination, have been tremendously successful and we will make sure that continues.“

Her Excellency Maryam Eid AlMheiri, Vice Chair of twofour54, said: “CNN has been an integral part of the success story of twofour54 from day one. We are delighted to see how their regional hub has grown with our community over the last 10 years, helping to discover and develop talent; create jobs; and share the stories and achievements of Abu Dhabi and our region with the world. Having international brands such as CNN as part of the creative industries in Abu Dhabi reflects our position as one of the region’s leading media hubs. We congratulate CNN on their decade in the region and look forward to growing together in partnership in the years to come as they continue to create world-class, informative and engaging content from Abu Dhabi to the rest of the world.”

Commenting on the partnership with twofour54, Raad said: “The partnership with twofour54 provides a state-of-the-art facility from which we offer the world a front row seat on news and developments from the Middle East as well as give a first-hand perspective on the impact that global events are having on the region. Following a successful decade, I am pleased to see us take our presence here to the next level as we look to the future.”

Commenting on the wider region, Anderson continued: “At the beginning of this decade none of us could have predicted the seismic changes that have altered the fabric of the Middle East.  Our base here has given us the ideal stepping off point to cover that story, and a unique perspective on a dramatic period in this region’s history. We have also been able to tell the story of the UAE to the world, covering events such as the Pope’s visit, the opening of the Louvre Abu Dhabi, the launch of the Special Olympics, the story of the UAE’s first female fighter pilot, the launch of the Noor Solar Plant, the Human Fraternity Document, and so much more.”