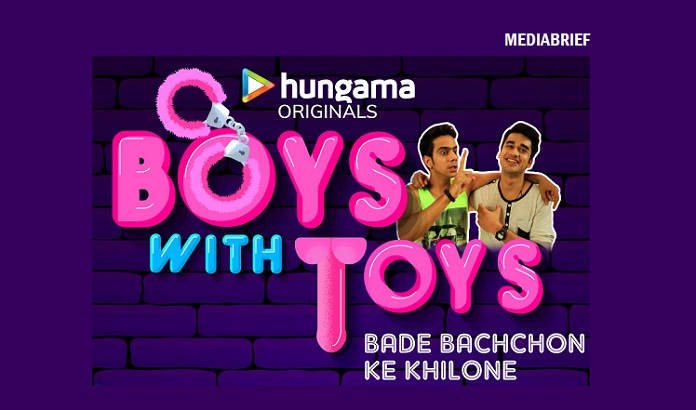 On Hungama Playand partner networks, original series Boys with Toys can reach an audience of more than 60 million worldwide.

Digital entertainment company Hungama launched its latest original show, Boys with Toys. A youth comedy, the show revolves around the lives of Adi and Jiggy, both in their early 20s, who share an apartment in Mumbai and are bored with their dead-end jobs.

Keen to have some adventure in their lives, the boys are overjoyed when Jiggy’s late uncle leaves behind an inheritance for them. Expecting it to be at least a crore of rupees, the boys are surprised beyond belief to receive the inheritance in kind, in the form of sex toys.

They must now figure out the utility of each sex toy and find a way to sell them to pay their bills, and in the process face wildly funny situations that turn their lives into a comic frenzy.

We are certain our compelling content line-up and robust distribution strategy will help us increase our user base on Hungama Play by 2x by the end of FY2019: Neeraj Roy, Founder & CEO – Hungama Digital Media

The show became available on Hungama’s video-on-demand platform Hungama Play and should benefit from Hungama’s distribution strengths to reach an audience of 60 million worldwide. All episodes of Boys with Toys will also be available to stream for free through Hungama Play on Vodafone Play, Idea Movies & TV, Airtel TV and SHAREit. Users can also watch it on Amazon Fire TV Stick and other Android TVs.  Additionally, through Hungama’s association with Xiaomi, consumers will also be able to watch the show via Hungama Play on Mi TV.

Neeraj Roy, Founder and CEO, Hungama Digital Media, said, “Hungama Originals allow us to explore narratives that are unique to the digital medium and can be appreciated by a global audience. Boys with Toys is a story that will appeal to the youth due to its universally relateable theme and setting. We are certain that our compelling content line-up and robust distribution strategy will help us increase our user base on Hungama Play by 2x by the end of FY2019.”

Ashvini Yardi, Founder of Viniyard Films and the Producer of Boys with Toys, said, “Storytelling has undergone a tremendous shift in the last 2 years. Besides becoming platform agnostic, varied stories are now finding a wider audience due to the pervasiveness of the digital medium. We are delighted to have created a super fun show like Boys with Toys – a story that will resonate with youth across cities, big and small, and are glad that Hungama Play’s strong distribution network will deliver the show to viewers across the world.”

Rishab Chadha who plays Jiggy said, “I’d like to thank ViniyardFilms and Hungama Play for giving the show a mega platform.Boys with Toys is about two friends and their misadventures. It’s a comedy of errors that proves to be a laugh riot for the audience.”

Umang Khanna who plays Adi said, “I am glad to have worked in a show like Boys with Toys. It is a fun show with an interesting plot that will resonate with young viewers. I am certain that the audience will have the same amount of fun watching it as we had filming it.”

Anisa Butt who plays Mehek said, “My character in the show is a vibrant, innocent girl who aspires to be an actress. Due to her friendship with Adi and Jiggy, she often finds herself in the middle of wildly comic situations. I am glad that viewers worldwide will be able to enjoy the show anytime, anywhere on Hungama Play.”

Abhishek Bajaj who plays Varun said, “Boys with Toys is the perfect summer comedy to watch with your buddies. Its concept is humour-driven and the jokes are hilarious. I had a great time shooting for the show and I’m certain that the audiences will have a fun time watching it too.” 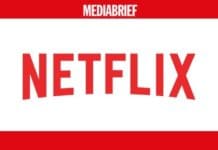 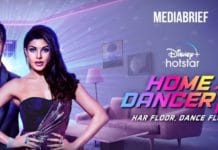 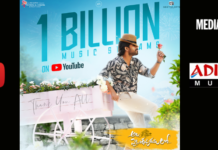