The lyrics of Kaari Kaari, the new song from the forthcoming movie Amitabh Bachchan-starrer, the Shoojit Sircar-presented Pink, have proved to be thought-provoking. A Pink PRO release describes the lyrics as a call for liberation from social norms and obstacles call for liberation from societal norms and obstacles, and that description certainly seems accurate. The song has reportedly been appreciated by most — especially young – people.

What adds to the lyrics is the earthy and soulful voice of and rendition by Pakistani singer QB aka Qurat-Ul-Ain Balouch. Her  voice is a refreshing change that makes the song impactful. Moreover, it is the composition of the song by the truly talented music director Shantonu Moitra, whose tune and arrangements round up the beautiful coming together of lyrics and voice. Popular singer Shaan has congratulated composer Moitra for the track.

Listen to/watch the song here, and join us in regretting why Shantonu Moitra doesn’t score the music for many many more Hindi films!

The dark and serious Kaari Kaari has already crossed  2 million views on YouTube (when BollywoodBrief viewed it for the embed, it was the 2,071,438th view). The track comes as a bit of clincher at this point, strategically following the taut and hard-hitting trailer of the film. Movie lovers are definitely talking about and looking forward to the film, due for release on the 16th of September.

Pink is presented by Shoojit Sircar, who debuted with the very beautiful Yahaan which too had Shantonu Moitra’s music.  However, strangely, the Pink trailer does not mention Yahaan, it just says, ‘From the maker of Piku and Vicky Donor’, even though Yahaan was a better film by far. In fact, the climax of Yahaan inspired the Rang De Basanti climax. Those who have watched both films will likely agree. Check it out.

Coming back to Pink, the film, going by the trailer and now Kaari Kaari, is definitely a must-wait-for movie. Directed by Aniruddha Roy Chowdhury and produced by Rashmi Sharma and Ronnie Lahiri, Pink stars Amitabh Bachchan along with Taapsee Pannu, Kirti Kulhari, Andrea Tariang and Angad Bedi.  Tapasee Pannu looks like a feisty girl, well cast. A strong performer too, who holds her expressions really well, and fluidly, even though trailers offer only very brief glimpses of scenes.  Having to square up to the towering, aggressive, imposing, overpowering character played by Amitabh Bachchan. A she-David versus Goliath. 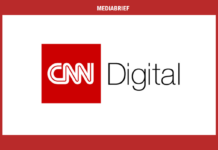