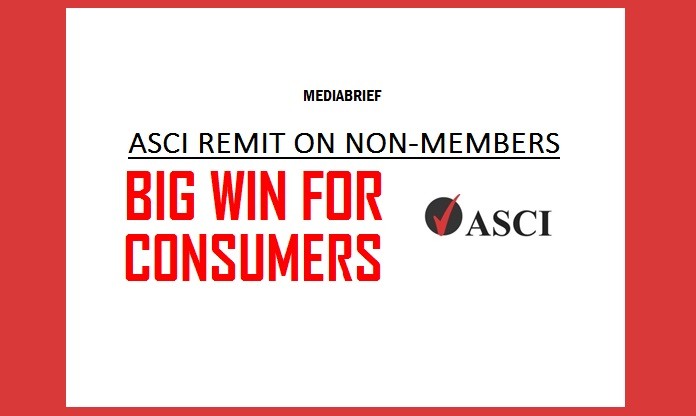 On the back of the Consumer Protection Act passed in Parliament recently comes a District Magistrate Court’s order that decisions of the Advertising Standards Council of India (ASCI) are applicable to members as well as non-members. Since ASCI shares the advertising standards in India for the protection of consumer interests, and equally assiduously identifies violations of the code and names transgressors, so far, a large number of advertisers avoided becoming members of ASCI under the mistaken notion that they would then not have to abide by ASCI decisions.

In a landmark judgment by the Delhi district court (Tis Hazari), for a ruling in the case of Primordial Systems P. Ltd. V  The Advertising Standards Council Of India, the court has given a verdict in the favour of Advertising Self-Regulatory Body, ASCI.

The complainant advertiser (Primordial Systems) had  argued that by virtue of it not being a member of ASCI, the self-regulation code laid down by ASCI is not applicable to Primordial Systems and ASCI has no jurisdiction over the advertiser. 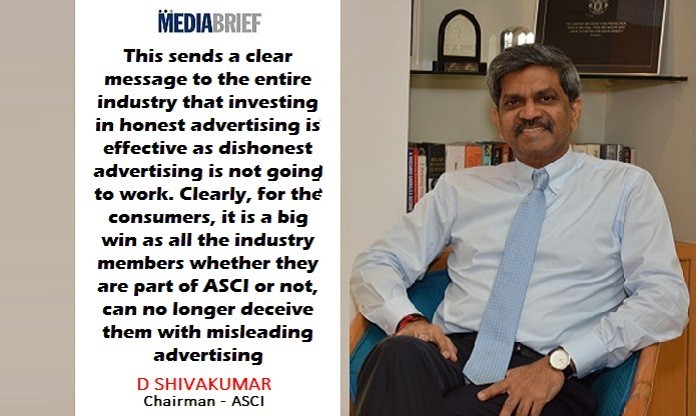 The court affirmed that ASCI has the power — after following due process – to provide recommendations to the advertiser to modify or remove the advertisement containing claims that are considered as misleading by the ASCI’s independent Consumer Complaints Council (CCC) .

ASCI Chairman D Shivakumar says: For the consumers, the Delhi Court judgment is a big win, as all industry members, whether or not a part of ASCI, can no longer deceive consumers with misleading #advertising @ASCIOnline Click To Tweet

The court clearly stated that though the complainant Primordial Systems is not a member of ASCI,  but is indulging in activity, viz. of advertising, for which ASCI has made a Self-Regulation Code and for breach of which ASCI entertains complaints, if ASCI makes a recommendation and in pursuance thereto the advertising agency or the television channel to refuse to air the advertisement of the complainant, they would be entitled to do so. No merit is thus found in the argument of the counsel of complainant being a non-member of ASCI and ASCI thus having no jurisdiction over the complainant.

The court further reiterated that ASCI has been constituted as a Self-Regulatory body for the purpose of advertisements and the Code drafted and changed from time to time by ASCI has been given a statutory flavour. It is already held by Hon’ble Supreme Court of India that ASCI looks into specific complaints regarding violation of programme code hence prima facie it cannot be said that entertainment of a complaint is without due process.

In such view of the matter court settled that ASCI has the power to regulate the advertisements as per guidelines laid down.

D Shivakumar, Chairman (ASCI), “It is a very significant judgment passed by Delhi court as it clarifies that all advertisers come under the purview of ASCI’s guidelines. It also sends a clear message to the entire industry that investing in honest advertising is effective as dishonest advertising is not going to work. Clearly, for the consumers, it is a big win as all the industry members whether they are part of ASCI or not, can no longer deceive them with misleading advertising.”