BIG FM, one of the largest radio networks in the country that has time and again managed to mark its presence when it comes to standing up for issues that affect society at a large scale, has successfully culminated its noble initiative #IGiftEyeSight. The initiative, in the association, with reputed NGO HelpAge India working for disadvantaged elderly, that commenced during the festive occasion of Diwali, struck such a chord with the audience that they managed to surpass their target of collecting Rs. 25,02,500 and ended up collecting INR 30 Lakhs.

The proceeds collected will be further used for the eyesight correction treatment of more than 1100 patients across the country. Joining BIG FM’s cause, Mahindra Group extended a helping hand and donated a resounding amount of Rs. 10 Lakh, helping BIG FM go beyond its charted goal. The funds received from Mahindra Group will be used to treat a total of 400 people and help them see.

The initiative was started with the intent of eradicating darkness from the lives of underprivileged individuals by gifting them corrective eye surgeries post which they will be able to see clearly. Extending their support, Mahindra Group invited BIG FM’s RJ Sangram and the HelpAge team at their Mahindra Heavy Engines Ltd. plant in Chakan, Pune, for appreciating the efforts done by BIG FM & HelpAge.

This was followed by handing over the cheque in the presence of Madhu Madan, Country Head, Resource Mobilization, HelpAge India By Nasir Deshmukh, Manufacturing Head MHEL. BIG FM has also created a beautiful video capturing the journey and has shared it across its digital platforms.

BIG FM RJs from across the country connected to people from different walks of life and spoke about the issue, shared facts related to eyesight correction and most importantly, highlighted the need for the treatment. Not only this but taking one step ahead, they took insights from experts of HelpAge India and doctors who helped them understand the problems related to vision in a better manner. The RJs also connected with the patients, their family and friends to know the ordeals they have been through and the change that has come in their lives via this initiative.

Commenting on the successful culmination of their purpose-driven initiative and receiving the massive donation from Mahindra Group, BIG FM spokesperson said, “It’s great to see our team efforts bear such rewards. When it comes to taking up purpose-driven causes, we have never hesitated to come forward and contribute to society in the best possible manner. We are glad to have received the support from all our empathetic listeners and an esteemed organization like the Mahindra Group who understood the core essence of this great campaign. We feel proud that through initiatives like #IGiftEyeSight, we have added value in the lives of so many people while making sure these people too cherish most of the things like us and lead their lives confidently.”

Talking about associating with BIG FM for the most wonderful initiative #IGiftEyeSight,  Kamal Preet Singh & Nilesh Sawant from Mahindra Heavy Engines Limited said, “When we came across BIG FM’s initiative, we instantly knew that we have to be a part of this. The way they have led the entire cause is inspiring. As one of the leading organizations in the country, we have always felt responsible to drive positive change in the community and were further encouraged via an initiative like #IGiftEyeSight which is bringing about greater good in society.”

Commenting on the completion of the initiative and generosity showed by the Mahindra Group, Madhu Madan, Country Head, Resource Mobilization, HelpAge India, said, “The initiative has set an example in society by showing everyone how so many lives can lighten up if one decides to eradicate the darkness. The radio station has put in tremendous hard work to reach out to the masses in order to spread the message and helping these people live and lead their lives with dignity. It’s glad to see the two leaders of the respective industries coming together under one umbrella and doing what needed to be done. The support extended by Mahindra Group is highly commendable. I’m delighted that we are reviving an old association with the Mahindra Group since Mr. Keshav Mahindra was on our Governing Body awhile back, it’s like coming full circle. I hope more people will get inspired by this and will come forward to contribute to the cause in their best capacity.”

The radio station also held on-ground screening camp visits by RJs across India where they extended the support to the patients who took the first step and came for a check-up. 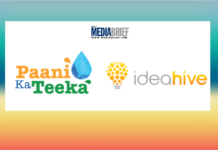 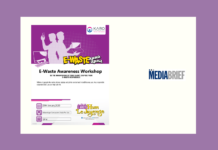