Presented by Bhushan Kumar & sung by Dhvani Bhanushali, the song is out now on the T-Series YouTube channel

Music heavyweight, Bhushan Kumar’s T-Series, today released Jeetenge Hum, a
a special song aimed at lifting the spirits of viewers and listeners during a challenging health crisis that the world continues to battle.

Featuring the very young and one of the most successful pop sensations Dhvani Bhanushali, the inspiring song, Jeetenge Hum encourages people to stay positive while spreading the message of positivity, love and hope.

Talking about the song Bhushan Kumar says, “We, at T-Series believe that when words fail, music speaks. Jeetenge Hum represents the fighting spirit of India and we are happy to present Dhvani Bhanushali in this anthem that reiterates the key message — that we will overcome this.” 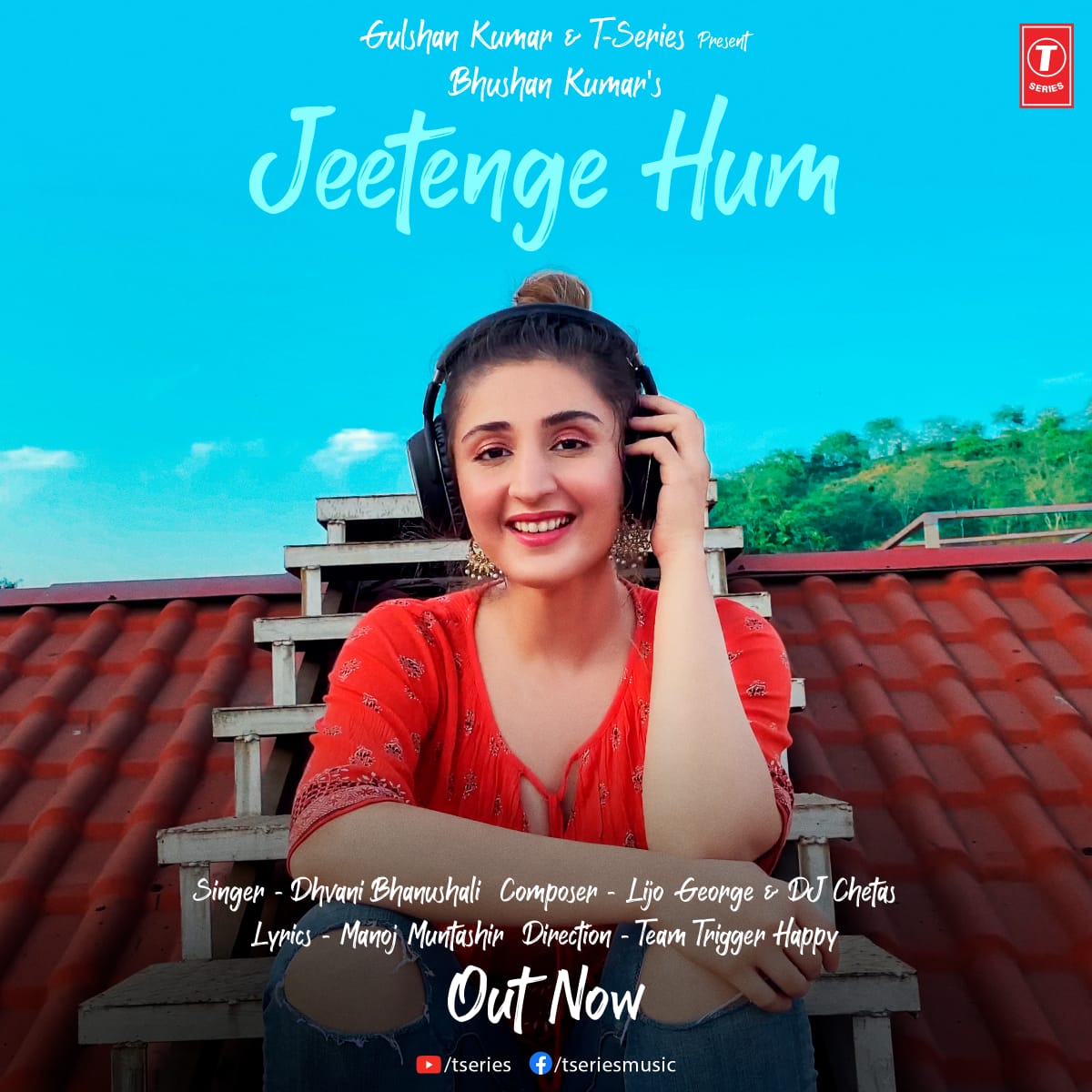 Composed by Lijo George and DJ Chetas , with lyrics by Manoj Muntashir Jeetenge Hum is directed by team Trigger Happy. The video was recorded and shot in phone entirely at Dhvani’s home in natural light with minimal resources and no technology support

The video of the new age patriotic anthem features iconic landmarks from across the country with people from varied cultures and different backgrounds which includes the police force, fire fighters, public service and healthcare workers, all representing the indomitable spirit of India.
Interestingly, while Dhvani is loved by fans for her glamorous avatars and is known for her chartbusters such as Dilbar, Leja Re, Sauda Khara Khara, Psycho Saiyaan,Vaaste and Duniya, audiences will now get to see her in a relaxed girl-next-door look that most will relate to.

Dhvani Bhanushali comments, “This is a difficult time for us all and Jeetenge Hum is our humble effort of spreading positivity and encouraging people to stay strong during a world crisis. I’m honoured to partner with Bhushanji and T-Series on this and we hope it drives the message of love straight into the listeners’ hearts.”

Manoj Muntashir adds, “India as a nation is very fearless. We have faced many cyclones of challenges and yet never left our ground. We decided to celebrate this unique spirit with a song which depicts our undying commitment to triumph against all odds. Dhvani is the new voice of youth and who better than her to celebrate the strength of Indian girls. Jeetenge Hum speaks for the youth of India who are fighters and survivors.”

T-Series presents Bhushan Kumar’s Jeetenge Hum, an anthem which is sung by Dhvani Bhanushali and composed by Lijo George and DJ Chetas with lyrics by Manoj Muntashir. Jeetenge Hum is out now on T-Series’ YouTube channel.