Amazon Web Services, Inc. (AWS), an Amazon.com company, announced the general availability of AWS Wavelength on Verizon’s 5G network, allowing developers to build ultra-low latency applications for mobile devices and users in Boston and the San Francisco Bay Area, beginning in San Jose today and extending to the rest of the Bay Area in the coming weeks.

Customers can now deploy parts of their application that require ultra-low latency at the edge of 5G networks using the same AWS APIs, tools, and functionality they use today, while seamlessly connecting back to the rest of their application and the full range of cloud services running in an AWS Region.

By embedding AWS compute and storage services at the edge of 5G networks, AWS Wavelength enables developers to serve edge computing use cases that require ultra-low latency like machine learning, Internet of Things (IoT), and video and game streaming.

To perform their jobs, these applications need access to compute and storage, and like many applications today, they also seek to leverage the cloud. However, accessing the cloud using traditional mobile architectures requires several hops on the network (from a device, to a cell tower, to metro aggregation sites, to regional aggregation sites, to the Internet, to the cloud—and then back through those stops before getting back to the device).

This creates tens of milliseconds (sometimes seconds) of latency. The 5G network is up to 10 times faster than 4G, but to take full advantage of the latency improvements that 5G offers, the number of network hops needs to be reduced.

Wavelength addresses these problems by bringing AWS services to the edge of the 5G network, minimizing the latency to connect to an application from a mobile device. With Wavelength, AWS developers can deploy their applications to Wavelength Zones (AWS infrastructure deployments that embed AWS compute and storage services within the telecommunication providers’ datacenters at the edge of the 5G network) so application traffic only needs to travel from the device to a cell tower to a Wavelength Zone running in a metro aggregation site.

This removes the latency that results from multiple hops between regional aggregation sites and across the Internet, which enables customers to take full advantage of 5G networks.

Wavelength will also deliver a consistent developer experience across multiple 5G networks around the world, and allows developers to build the next generation of ultra-low latency applications using the familiar AWS services, APIs, and tools they already use today.

By providing a common developer experience, Wavelength makes it easy for developers to deploy across different telecommunications providers even if these providers have different deployment and operations semantics.

AWS is partnering with Verizon to bring AWS Wavelength to customers across the United States. The first Wavelength Zones are available today in Boston and the San Francisco Bay Area, and additional locations will be coming later this year.

AWS is also working with other leading telecommunications providers, including Vodafone, SK Telecom, and KDDI, to launch Wavelength Zones across Europe, South Korea, and Japan.

In addition, developers can continue to use familiar and powerful AWS services to manage, secure, and scale their applications, like AWS CloudFormation, AWS Identity and Access Management (IAM), and AWS Auto Scaling, making it easy to run a wide variety of latency-sensitive workloads like analytics, IoT, machine learning, game streaming, and AR/VR on 5G networks. 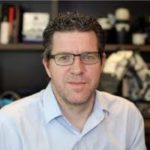 Dave Brown, Vice President, EC2, Amazon Web Services, Inc, said, “Our customers tell us they are excited to build applications that take advantage of 5G networks, but in order for these applications to provide ultra-low latency to mobile end-users, customers need AWS compute and storage services embedded directly within the 5G network.

“With AWS Wavelength, our customers can develop applications that take advantage of ultra-low latencies to address use cases like machine learning inference at the edge, smart cities and smart factories, and autonomous vehicles – all while using the same familiar AWS services, API, and tools to deploy them to 5G networks worldwide,” Brown said.

Verizon is building the most powerful 5G network in the U.S. Launched in April 2019, Verizon’s 5G Ultra Wideband network is currently live in parts of 35 cities and will expand to more than 60 cities by the end of this year. 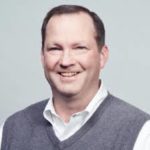 Kyle Malady, CTO of Verizon, said, “We’re excited to bring AWS Wavelength to the edge of our network, unlocking the power of 5G Edge and mobile edge compute for developers around the world.

“We built our 5G Ultra Wideband network from the ground up to support the transformative experiences enabled by the ultra-low latency and robust bandwidth delivered for mobile edge compute.”

Sony Corporation is a creative entertainment company with a solid foundation of technology. From game and network services to music, pictures, electronics, semiconductors and financial services – Sony’s purpose is to fill the world with emotion through the power of creativity and technology.

LG Electronics is piloting next-generation Cellular-Vehicle to Everything (C-V2X) on AWS Wavelength at the Verizon 5G Edge. This includes LG’s Authentication as a Service (LG AaaS), which improves driving safety with secure information sharing between motor vehicles, mobile devices, and transportation infrastructures. 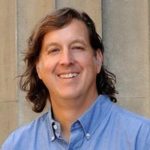 “Our C-V2X pilot with ultra-low latency access to AWS Wavelength allows for timely message filtering that only shares relevant and trusted information for improved road safety and enhanced mobility among vehicles,” Kreifeldt said.

Tata Consultancy Services (TCS) is an IT services, consulting and business solutions organization that has been partnering with many of the world’s largest businesses in their transformation journeys for the last 50 years. 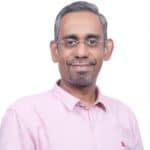 “With critical GPU workloads rendered from AWS Wavelength coupled with 5G’s bandwidth, we can achieve the low latency and increased connectivity to deliver a pathway to truly connected factories, where data flows seamlessly between machines and cloud to enable AI powered real time decisioning at the edge,” Viswanathan said.

Summit Tech is a leader in developing voice, video, and text services for telecommunications operators, and optimizing streaming of next-generation user experiences such as Ultra HD (high definition) video and augmented and virtual reality calling for live event streaming, gaming, or shopping. 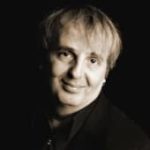 Alido Di Giovanni, Co-founder and President of Summit Tech, said, “AWS infrastructure and Services has been powering our success stories for many years. AWS Wavelength eliminates the undifferentiated heavy lifting required to support these new kinds of immersive consumer experiences, and gives us the best of all worlds with a consistent deployment model.

“Technologies like Ultra HD and 360 AR/VR are challenging because they require ultra-low latency and high bandwidth, which outstrips traditional wireless network connections and forces telco operators to deliver “best-effort” quality of service to many viewers instead of optimizing experiences per viewer.

“These advanced applications also use massive compute power on the consumer side, draining device batteries. By combining AWS Wavelength with our Solution at the edge of telco providers’ 5G networks, we can optimize video quality, instantly deliver high-quality of service experiences on a by-customer basis, and create more immersive content with much less reliance on end users’ hardware. AWS and Wavelength are also giving us a much faster path to market,” Giovanni said.

Mathieu Duperré, Founder and CEO, Edgegap, said, “Allowing studios to get a real understanding of players’ experiences and their online services is at the heart of what we do. As global gaming rapidly shifts from centralized to localized environments, Edgegap’s ability to dramatically reduce latencies improve gaming experiences wherever players are located.

“With AWS Wavelength on the Verizon 5G edge, we get the ultra-low latency and proximity needed to reduce the distance between servers and end users with a single, elegant solution. 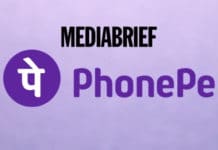 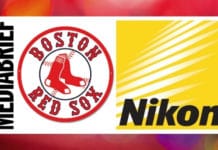 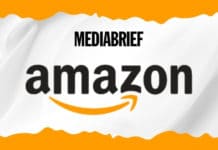 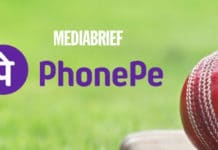 PhonePe rolls out exciting offers for the ongoing cricket season 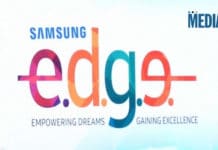 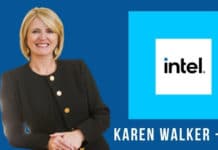