Star Movies will premiere the biggest box office grosser of all time, Avengers – Endgame, on Indian television on Sunday, 17th May 2020, at 12 pm and 9 pm. The film was widely praised after its release due to its emotional themes, performances and the culmination of 22 film long story arcs. Made on a budget of 356 million dollars, the film has gone on to become the highest grossing film of all time grossing nearly 2.8 billion dollars worldwide.

Tune in to the Star Movies Twitter handle – @StarMoviesIndia and be one of 100 fast and eagle-eyed Marvel lovers, to win awesome Marvel merchandise

Dr. Strange saw 14,000,605 possibilities in the future and only in one did the Avengers came up victorious. Marvel Studios Avengers: Endgame will lay to rest all the fan theories going on after Thanos wiped off half of humanity with just a Snap in the penultimate Avengers movie, Avengers: Infinity War. Endgame, the 22nd film in the MCU will have all our heroes go up against the Mad Titan once again to undo what happened the last time around. Star Movies will be Premiering Avengers – Endgame for the first time on Indian television on 17th May 2020 at 12 pm and 9 pm.

On the film’s story, Directors Joe and Anthony Russo have stated, “At the end of the day we feel like all meaningful story must include stakes. In order to have emotional highs, you must have emotional lows and drama. We knew that audiences had so much joy over the course of the MCU now that if we didn’t start to test that and push back against that it would just start dissipate back on its own. So in order to keep the narrative vital and vibrant we had to take big risks and we had to test it.”

The film was widely anticipated by fans all over the world. Many fans grew from teenagers to adults during the buildup to this film. Over the course of the Infinity Saga, Marvel took some very firm steps by introducing strong characters such as Guardians of the Galaxy, Black Panther, Ant-Man, etc. to expand its universe. 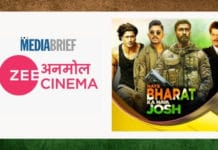 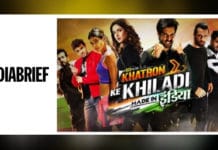 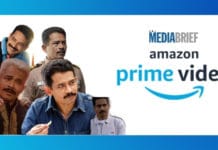