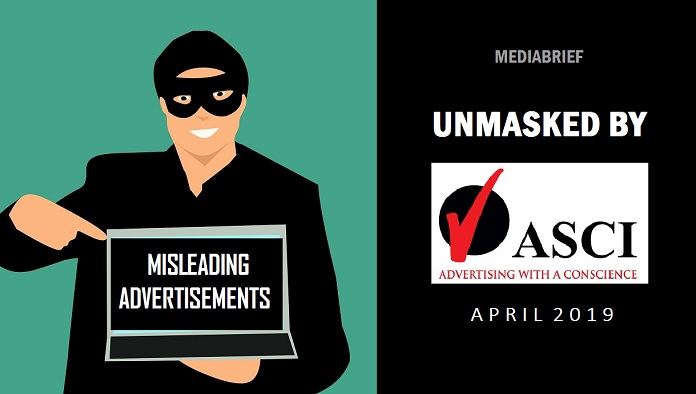 The CCC observed that one renowned cricketer was endorsing a prominent brand for payment gateway, implying a leadership claim and presenting the product as a “card” which was not substantiated and was therefore misleading.

A well known refrigerator brand’s claim of keeping vegetables fresh for up to 30 days was considered to be misleading. In one instance, “100% Genuine Medicines” claim by an online pharmacy was not substantiated with any verifiable supporting data such as a list of registered FDA approved pharmacies supplying the said medicines.

A learning app was making a claim of millions of students learning from their app, which was not substantiated.

A large number of complaints were pertaining to the education sector wherein the advertisers were making unsubstantiated claims of they being No. 1, winning awards or “100% placement” luring students.  The CCC also came across a significant number of advertisement of hospitals and clinics making unsubstantiated claims about their services being the best, they being bestowed various awards or the hospitals being able to cure various conditions ranging from infertility to piles, diabetes, HIV and Cancer. 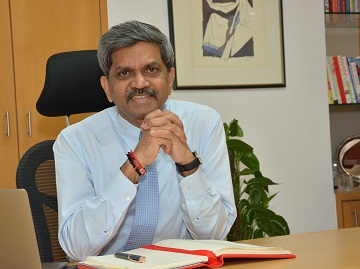 D Shivakumar, Chairman, ASCI, said, “Over the last three decades, we have worked on many fronts to ensure awareness and acceptance of self-regulation in advertising.

“More recently ASCI has launched its digital campaign ‘Self-Regulate before it is too late’ towards encouraging better industry participation for protecting self-regulation of advertising. It is important that advertisers work together with ASCI to build a strong and cohesive self-regulatory ecosystem to ensure that advertising stays trustworthy and independent of external controls,” Shivakumar said.

Toppr Technologies Pvt Ltd (Toppr Learning App): The print advertisement’s claim, “7 Million students are learning on Toppr” was not substantiated with authentic supporting evidence or with an independent audit or a verification certificate.

LegalEdge Tutorials: The advertisement’s claim, “Crack CLAT in 55 Days” was not substantiated with verifiable supporting data. The claim “India’s Best Institute for CLAT” was not substantiated with any market survey data, or with verifiable comparative data of the advertiser’s coaching institute and other similar coaching institutes in India, to prove that it is better than the others in providing coaching for students for CLAT, or through an independent third party validation.

Meenakshi Mission hospital & research centre: The television advertisement’s claims (as translated to English), “Our Meenakshi Mission hospital, first laparoscopy treatment was done in world level”, “In 1993, world’s first laparoscopy treatment was done to remove lung and liver tumours” and “……. Always first, ……..” were not substantiated with verifiable data such as comparison with other hospitals worldwide to prove that they were the first to perform laparoscopic surgery to remove lung and liver tumours, or any audited market survey data, or through a third-party validation.

PharmEasy: The advertisement claim, “100% Genuine Medicines” was not substantiated with any verifiable supporting data such as a list of registered FDA approved pharmacies who have tie-ups with the advertiser and how the advertiser ensures that all medicines supplied are 100% genuine.

Hindustan Unilever Ltd (Indulekha Bringha Shampoo):It was concluded that Indulekha Bringha Hair Cleanser is not directly beneficial for hair growth like Indulekha Bringha oil. The advertisement called out benefits of Indulekha Oil and presented Indulekha Hair Cleanser as additional product.  The Hair cleanser product depicting mnemonic of hair root identical to that shown on the oil product pack and claiming “prevents hair fall” was therefore considered  to be misleading.  The disclaimer in fine print at the back of the package stating `hair fall due to breakage’, was in violation of ASCI Guidelines for Disclaimers.

Hindustan Unilever Ltd (Dove Intense Repair Shampoo & Conditioner):The advertisement’s claim, “New” was not substantiated for the product formulation. The new packaging used a theta sign (θ) on a red background where the word NEW is mentioned; However, it was not shown as to what aspect of the product is new anywhere on the front of the container. On the rear side of the pack, it has been mentioned that NEW refers to ‘New Pack and Formulation’. Furthermore, in the advertisement, although it has been mentioned the word NEW (Naya) means new pack & new formulation, there is nothing to indicate that in fact there is a new formulation. The advertiser did not submit any authentic and verifiable evidence comparing the composition of the old formulation of Dove Intense Repair and the re-launched version. Advertiser did not submit physical sample of the old products as well. It was concluded that the claim “New” was not substantiated for the product formulation and was misleading by implication. The advertisement also contravened ASCI Guidelines on claiming “New/Improved”.

NESTLE INDIA LTD (NesPlus Multigrain Kokos): The advertisement’s claims, “Stays Crunchy even in warm milk” and “Jo Rahega Garam Doodh me bhi Kadak” were supported with data that the product remains “crispy” for up to four minutes in warm milk. Reference to this time period was missing in the advertisement. The TVC and print advertisement was misleading by omission and ambiguity, and in contravention of ASCI Guidelines for Disclaimers.

United Breweries Ltd (Kingfisher Radler Bottle Artwork, Kingfisher Radler Lemon Can Artwork): The television advertisement’s claim, “100% natural”, is in violation of the FSSAI Notification dated 19th November 2018 (Schedule V), which refrains advertisers from using “natural” in the advertisement unless it meets certain criteria. As per the FSSAI Notification “Composite foods cannot be described directly or by implication as `natural’ but may be described as `made from natural ingredients’. Based on this observation, it was concluded that the claim, “100% Natural” for this composite beverage was misleading and is in contravention of the ASCI Code.

EUREKA FORBES LTD (Dr. Aquaguard NRICH range of ROs): The advertisement’s claim, “Optimum amount of Micronutrients” / “Balanced Copper in Every Drop” was unsubstantiated and misleading by implication.  The product configuration is based on BIS Standards and not on RDA standards, therefore, claims are related to safety and not to nutrients. The claim “Get equivalent power of dry-fruits” was not adequately substantiated as the composition as well as the overall bioavailability and nutritional value of ROs and Dry Fruits products are not comparable. The claim “Equipped with most advanced Patented Technologies Active Copper Maxx, Biotron and Mineral Guard” was misleading by implication as the grant for the patent is still under process.

Mastercard India: The television advertisement’s claim with celebrity MS Dhoni, “Bharat Ka Card”, implies leadership claim which was not substantiated, and is misleading by ambiguity. It was observed that while the advertiser has taken a stance that their Mastercard is a payment gateway, the visual in the TVC shows a physical card. Also it was observed that there was no evidence showing the Celebrity, Mr. M.S. Dhoni had done due diligence prior to the endorsement. There was a violation of Guidelines for Celebrities in Advertising.

Paisabazaar Marketing and Consulting Private Limited: The advertisement’s claim, “2 minute mein loan approval” (“Loan Approval* in 2 minutes”) regardless of the disclaimer, “…..*Provisional Loan Approval in 2 minutes”, is misleading as the key operative word “provisional” is missing in the voice over itself. The claim, “Loan Approval in 2 Minutes “with the protagonist categorically stating “fatafat paisa aapke account mein”, implies that the money would be available in the person’s account as quick as in two minutes, whereas the actual fact is that the transfer of money could take up to ten days. Any normal Customer is bound to believe that the Loan will be approved in two minutes and amount will be credited almost immediately. The advertisement is misleading by ambiguity and implication. (continued below) 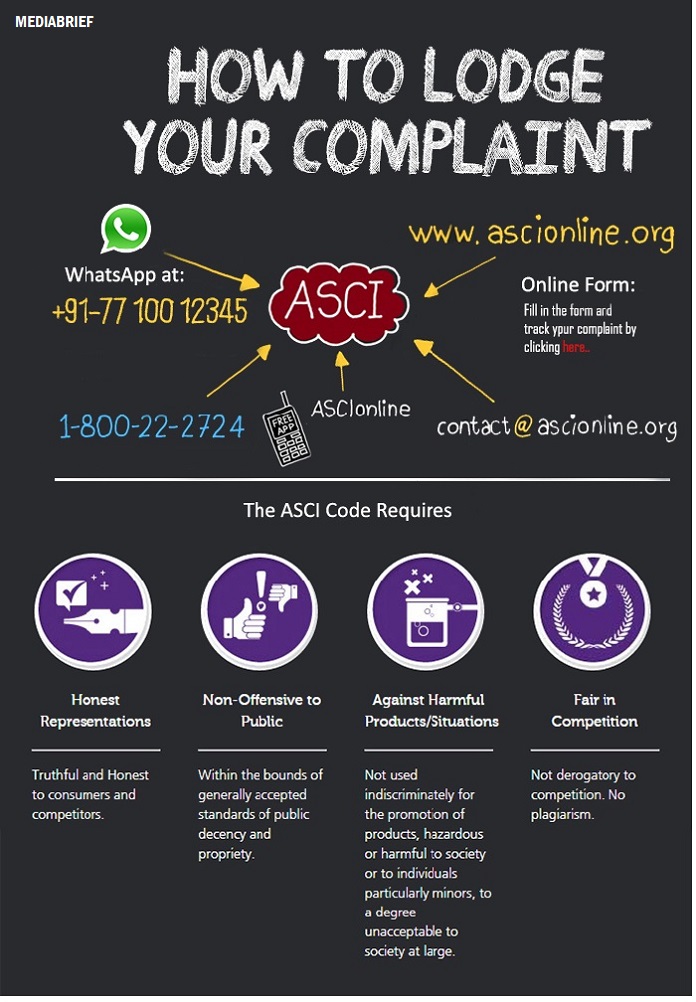 Vansh Clinic and Test Tube Baby Center: The advertisement claim, “Continuous successful results in the field of infertility for the past 16 years”. The advertiser did not explain what they mean by “continuous successful results” and did not provide details for the last 16 years.  For their claim, “Women who had suffered miscarriages 4-10 times and had given up after taking treatment for 15-20 years, have also conceived”, the advertiser did not provide details or clinical evidence whether such results have been achieved on a consistent basis over a statistically significant number of patients meeting the stated criteria. The claims are misleading by ambiguity and implication.

Apex Hospital: The advertisement claim, “Freedom from joint and spine related problem”, was not substantiated with supporting credible scientific/clinical evidence, and is misleading by gross exaggeration. The claim, “The only centre in Purvanchal with 10,000 replacement”, was not substantiated with verifiable comparative data of the advertiser’s hospital and other similar hospitals treating joints and spine problems in Purvanchal, to prove that they are the only hospital who have done 10,000 replacement surgeries, or a third party validation, and is misleading by exaggeration.

Aptech Limited (*) Arena Animation Academy: The advertisement’s claim, “Learn from the global leader” was not substantiated with any verifiable comparative data of the advertiser’s institute and other similar institutes or any market research survey to prove that they are in global leadership position (No.1) in providing courses in Graphics, Web Design, Film Making, Animation & Visual Effects or through a third-party validation.

Plattformno1.com (Baha Musk Melon Facial Massage Kit): The advertisement claim, (in Marathi) as translated to English, “Removes tanning, wrinkles” was not substantiated with product efficacy data, and is misleading by gross exaggeration. The claim is likely to lead to grave or widespread disappointment in the minds of consumers.

Mohini Knitwears: The advertisement claim, “India’s Biggest Woollen Knitwears House” was not substantiated with any support data or evidence of comparison with other similar knitwear stores to prove that their woollen knitwear house was the biggest as compared to other woollen knitwear houses in India, or through a third-party verification. The claim was misleading by exaggeration.

Anandi Atta Chakki Pvt Ltd: The advertisement claim, “Only Atta Chakki Giving 100% Result in Bajri” was not substantiated with any market survey data or with comparative data of the advertiser’s product and other Atta Chakki products, to prove their grinder’s performance and efficiency in giving 100% result in Bajri and how it is unique to their Atta Chakki alone. The claim is misleading by exaggeration. 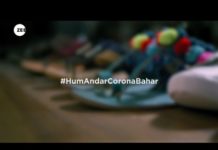 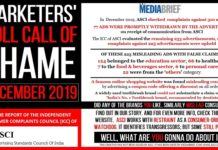 The December Hall of Shame: ASCI report on misleading ads in Dec 2019 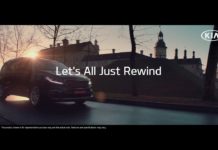