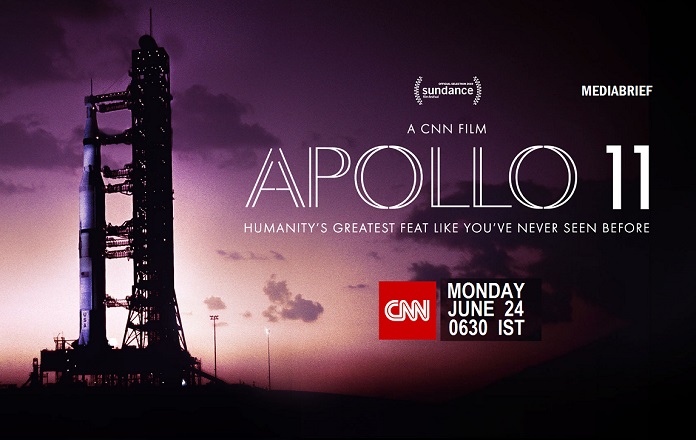 CNN Film commemorates 50th anniversary of Apollo 11 mission with director Todd Douglas Miller’s film that captures the momentous event from newly-discovered and restored archival footage from NASA and National Archives. Viewers in India can catch the premiere Monday, 24 June, at 6.30 am and 8.30 am on CNN International

APOLLO 11  director/producer Todd Douglas Miller’s epic feature documentary capturing the tense, exhilarating days and hours of humanity’s first landing on the moon will premiere for television on Sunday, June 23, at 9 pm and 11 pm ET on CNN. Viewers in India can catch the film through CNN International at the corresponding timings of Monday June 24, 6.30 am and 8.30 am IST. The film will encore Saturday, June 29 and Saturday, July 20, both days at 9 pm ET, which correspond to 6.30 am IST on Sunday, June 30 and Sunday July 21.

Primarily comprised from newly-discovered 70mm footage and more than 11,000 hours of audio recordings, Miller and his team worked closely with the National Archives and NASA to locate, digitize, and restore all sources of material related to the Apollo 11 mission.  The result, ‘APOLLO 11,’ offers viewers a singular, immersive experience of the original Apollo 11 mission, with unmatched image clarity and pristine sound.

Painstakingly constructed using only archival sources, the film captures this momentous event as it was experienced by the millions of people who lived it.  From the transport of the Saturn V rocket to its launch pad, to the astronauts’ safe return to Earth, the film captures each aspect of the mission in a way that is both technically accurate and emotionally gripping.  New footage of Neil Armstrong, Edwin ‘Buzz’ Aldrin, and Michael Collins suited up on the morning of the launch, as well as flight controllers in Mission Control, provide an intimate view of the people working to achieve the goals of the mission, and what they risked to carry out one of humanity’s greatest achievements.

“We’re thrilled to be working with CNN Films again on this groundbreaking project.  The response to the film so far has been overwhelming and we’re excited to share the experience of the Apollo 11 mission with CNN’s audience,” said director Todd Douglas Miller, founder of Statement Pictures.

In addition to Miller, ‘APOLLO 11’ is also produced by Thomas Petersen and Evan Krauss.  The film premiered at the 2019 Sundance Film Festival and was released in commercial IMAX® and traditional theaters by Neon in March.  The film is now among the top 31 documentaries of all time in North American box office performance.  Beginning May 17, a giant screen version of the film, ‘Apollo 11: First Steps Edition,’ will be distributed by MacGillivray Freeman Films to museums and science centers.

‘APOLLO 11’ and ‘Apollo 11: First Steps Edition’ are the result of more than two years of collaboration between Miller’s Statement Pictures and CNN Films, and marks the third collaboration between CNN Films and Miller.  Previously, CNN Films acquired  Miller’s Dinosaur 13 at the 2014 Sundance Film Festival for domestic telecast on CNN; the broadcast won a News & Documentary Emmy®.  More recently, CNN Films and Miller produced the documentary short, THE LAST STEPS, about the final NASA lunar mission, Apollo 17.  THE LAST STEPS was distributed by Great Big Story.

“We approached Todd for this film because of his exceptional vision, but ‘APOLLO 11’ has surpassed even our highest expectations.  Todd’s work has now become a part of the history of the moon mission.  The film restores the grand adventure as it was originally experienced by those who lived it and observed it all over the world,” said Courtney Sexton, vice president for CNN Films, and Amy Entelis, executive vice president for talent and content development for CNN Worldwide, both executive producers for the film. “We hope future generations will be thrilled by this exceptional film experience in each of its forms.”

Beginning in June, CNN Films will also release a limited podcast series about the Apollo 11 lunar mission, women and the space program, and the future of space exploration.  During the June 23 premiere on CNN, ‘APOLLO 11’ will stream live for subscribers via CNNgo and via CNNgo apps for AppleTV, Roku, Amazon Fire, Samsung Smart TV, and Android TV) and on the CNN mobile apps for iOS and Android.  The film will be available beginning Monday, June 24, on demand via cable/satellite systems, CNNgo platforms, and CNN mobile apps. 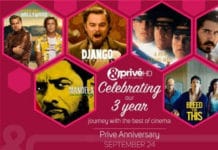 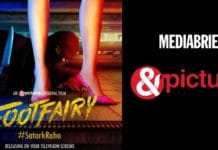 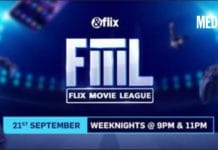 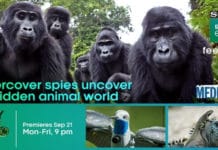 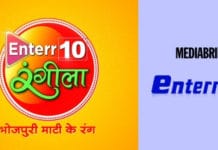 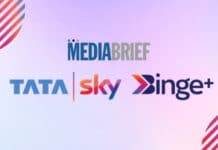