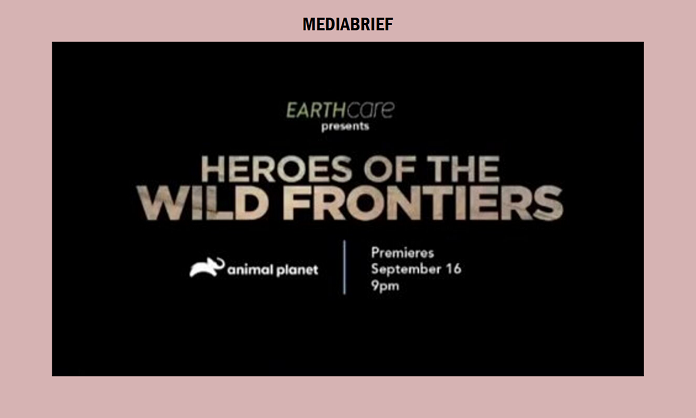 India’s wildlife ambassadors Shoojit Sircar, Randeep Hooda, and Dia Mirza tweet their support towards India’s rangers who dedicate their lives to protect our prized fauna ahead of the launch of ‘Heroes of the wild frontiers’ on Animal Planet, India’s no.1 Wildlife channel.

Directed by award-winning Director, Krishnendu Bhose, the six-part documentary series will take viewers through the lives of the forest guards and the frontline staff manning the vast expanses of India’s forests and national parks, spotlighting their commitment and efforts to protect the biodiversity of India.

Each day is spent creating the balance in our ecosystem and these frontline warriors face the danger that it entails while being on the forefront of India’s biggest sanctuaries. 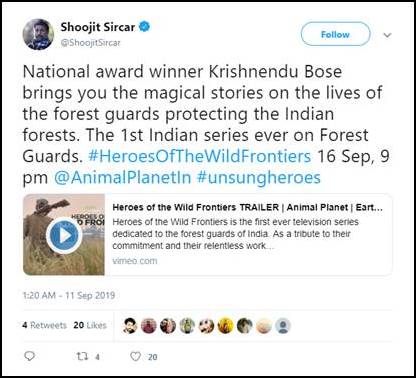 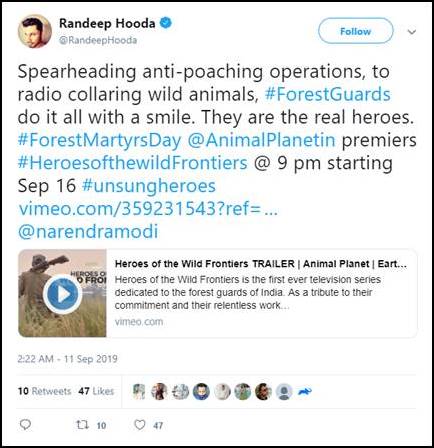 Actor, Producer, and Goodwill Ambassador UN Environment, Dia Mirza also weighed in and said, “Recognising the invaluable contribution of #forestguards to save #WildIndia, this series must be on your watchlist https://vimeo.com/359231543?ref=tw-share #HeroesofthewildFrontiers premiers 16th September 9 PM on @AnimalPlanetIn with @wti_org_india #ForestMartyrsDay” 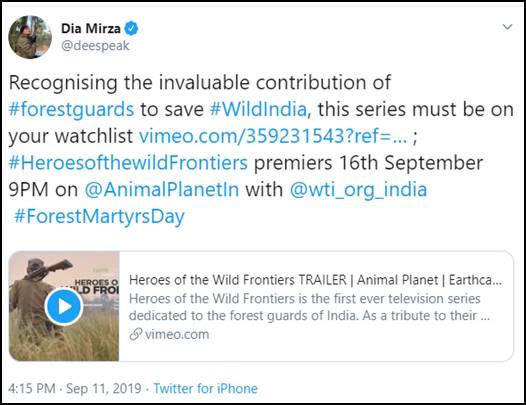 ‘Heroes of The Wild Frontiers’ will premiere on 16th September at 9 PM, on Animal Planet. 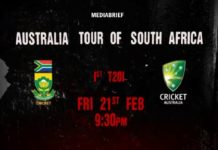 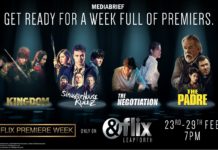