The adventure of a lifetime awaits the brilliant detective Tintin and his loyal companion Snowy in Steven Spielberg’s adaptation of Children comics most loved character. Catch this Golden Globe award winning animation feature as part of the ongoing property ‘Journeys Beyond’ on Friday, May 15, 2020 at 9 PM only on &PrivéHD, the premium destination for nuanced cinema.

The plot follows the dynamic duo of the fearless journalist Tintin, voiced by Jaime Bell and his close aide Captain Haddock voiced by Andy Serkis as they begin their dangerous escapade that spans across continents and high seas in search of Red Rackham’s lost treasure.

Adding to the marvellous cast, Daniel Craig lends his voice as Sakharine, the antagonist of the film and Tintin’s arch nemesis who holds a dark past and is out to seek revenge.  Fans of Tintin comics know that no plot is complete without a taste of the double trouble that follows the clumsiness of the bumbling detectives Thomson and Thompson voiced by Britain’s favourite comics Simon Pegg and Nick Frost.

Clouded in mystery, will Tintin be able to use his wits and expert sleuth instincts to unravel the clues that lead to the bounty that awaits on a shipwreck?

Now here’s a fun film for the entire family. Sit back and enjoy the greatest adventures with ‘Journeys Beyond’ as one of the most beloved character’s journey is brought to life in ‘The Adventure of Tintin’ on Friday, May 15, 2020, at 9 PM only on &PrivéHD. Don’t miss it. 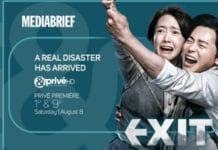 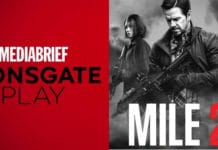