Be it the Shehanshah Amitabh Bachchan, the hilarious Govinda, action-packed Sunny Deol or the graceful Madhruri Dixit – the nineties decade had it all!

Bapu’s ‘Prem Pratigyaa’ is one of the finest films in Indian Cinema, that packs solid punches with an exceptionally brilliant star cast including Mithunda and Madhuri Dixit as well as a melodious soundtrack. Some of the songs from the film, such as Asha Bhosle’s Pyar Kabhie Kam Nahin Karna and Kishore Kumar’s Shishe ki Umar are evergreen melodies that touch your heart even today. Watch Prem Pratigya on Sony MAX2 on 21st September at 1 PM.

Izzatdaar is a 1990 Bollywood film starring Dilip Kumar, Govinda, Madhuri Dixit, Anupam Kher, Shafi Inamdar and marks South Indian actor Raghuvaran’s Hindi film debut. Actor Dilip Kumar’s performance as Brahm Dutt is phenomenal. His character has shades of the “Angry young man” in the film which is worth watching. Co-actor Govinda also shines out as the bad guy in this movie. If you haven’t watch Izzatdaar yet, catch it on Sony MAX2 on 22nd September at 1 PM.

Lawrence Dsouza’s directorial released in 1993 features a stellar cast, including Ajay Devgn, Ayesha Jhulka and Amrish Puri in the lead roles alongside Karisma Kapoor and Danny Denzongpa. The film is a story of enmity between 2 fathers Danny and Amrish Puri and revolves around the love triangle between Karisma, Ajay and Ayesha Jhulka. The film is a complete amalgamation of stupendous fight sequences, comedy, college romance and brilliant songs which makes it’s a perfect entertainer. Watch Sangram on Sony MAX2 on 23rd September at 1 PM.

Govinda has for long been a one-man entertainment in the industry and with Hadh Kar Di Apane he continues his sojourn. He dances, he laughs, he cries, he sings, he entertains, he essays six different characters and he essays eleven characters all with indefatigable enthusiasm and charm. In the film Rani Mukherjee is seen keeping him company on all fronts including quirky clothes and peppy dance numbers. Watch Hadh Kar Di Aapne on Sony MAX2 on 24th September at 1 PM.

Kaala Patthar is a Yash Chopra directorial featuring Amitabh Bachchan, Shashi Kapoor and Prem Chopra as lead characters alongside Neetu Singh and Parikshat Sahni. Acknowledged for the outstanding performances of its star cast, this film is regarded as one of the classics of all time. the film revolves around Vijay Singh aka Amitabh Bachchan, disgraced former navy officer branded as a coward and forced to work at a coal mine out of guilt. However, he gets trapped with other miners after a flood hits them. Watch Kaala Patthar on Sony MAX2 on 25th September at 1 PM. 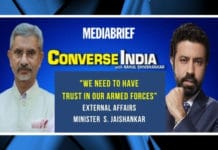 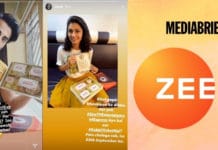 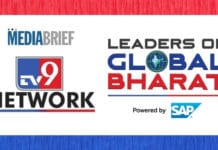 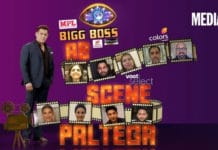