Contemporary characters and contemporary stories will power the core creative thought of four fiction shows that ZEE TV is set to launch for its viewers in the upcoming festive season.

These shows include Ram Pyaare Sirf Humare, a light-hearted situational comedy, Apna Time Bhi Ayega – a thought-provoking drama that debunks the deep-rooted class system; Hamariwali Good News — a new take on the evolution of the saas-bahu relationship in Indian society, and the second season of the successful Balaji Telefilms fantasy series, Brahmarakshas. All shows will launch in October, and represent a contemporary picture of the emerging great Indian middle class – Aaj Ke Kirdaar, Aaj ke Kisse.

The shows launches have been timed to perfection during the festive season, and they were announced after an interesting teaser campaign that had ZEE show stars participate enthusiastically on social media. Before we share details about the teaser and reveal, here is more information about each show:

A light-hearted situational comedy following the life of Dulari and her maryada purushottam husband – Ram. The story captures how this Bhopal-based married woman, who feels insecure because of her ideal husband being the cynosure of every woman’s eyes, turns to a book of worldly wisdom and traditional ‘nuskhaas’ (fixes, hacks) to keep him safe from their clutches.

Jyoti Sharma, who plays the role of Dulari, said, “I’m excited about the role of Dulari. It seems like quite a challenge since I am very different from this saucy, sassy Bhopal-based housewife. To see her fears of losing Ram translate to the use of some hilarious nuskhaas from a traditional book and then landing up in an even bigger mess in the whole process will prove to be an entertaining watch for viewers.”

A thought-provoking drama that debunks the deep-rooted class system and questions its unwritten rule book of ‘aukaat’ in our society – one that curtails the chances of the lower strata in taking charge of their destiny and rising above their means. The show follows the story of Rani and her father, who despite being from a modest background, has raised his daughter like a princess.

Although Rani learns to dream big and becomes an engineer, unusual circumstances compel her to take on his position as the head servant in the Rajawat household. She faces many challenges owing to her social status and financial background.

With the challenges thrown in her path, will Rani be able to establish her own identity and rise above her roots?

Anushka Sen who plays the role of Rani, said, “Apna Time Bhi Ayega addresses the pertinent issue of class barriers in our society. I feel shows that talk about such issues are extremely important for society as TV holds the power to influence many. Essaying the role of Rani who breaks the shackles of her background and emerges #AukaatKeBaahar is something I look forward to.”

A completely refreshing take on the evolution of the saas-bahu relationship in Indian society. The show presents a most unique role reversal between the daughter-in-law Navya and her mother-in-law Renuka to give their family the much awaited ‘Good News’.

This time around, it is the Saas who rather than pressurising or berating her bahu for not being able to conceive, will go the extra mile, brush aside considerations such as age and ‘Log Kya Kahenge’ by conceiving a baby with her husband to bring the ‘Good News’ that they collectively await. After all, who better than your own family to back you up when the chips are down and there seems to be no hope!

Juhi Parmar, who plays the role of Renuka, said, “I am always up for challenges and when Renuka’s role was offered to me, I felt that this would be very different. The makers have given the Saas-Bahu relationship a dynamic and fresh twist by redefining the equation. More and more saas bahus are sahelis today and our show reflects that. The story line is very unique and for a woman to have a child for her own son and daughter in law is so different.”

Will premiere soon as a weekend thriller on ZEE TV

The second of the successful Balaji Telefilms show will take its audience on a trip to the land of fantasy, depicting, this time round, the journey of an ordinary young girl, Kalindi, whose destiny gets entwined with evil forces and a drastic twist of fate has her drawing all her inner strength to combat the evil Brahmarakshas.

While the Brahmarakshas gets its strength from kidnapping brides of Songadh on their wedding day and casting a dark spell over the town, Kalindi’s only source of strength is her love for her partner, Angad.

Brahmarakshas 2 will premiere soon on Zee TV as a weekend thriller.

Nikki Sharma, who pays Kalindi, said, “This is my debut as a lead and the fact that this opportunity comes with my first thriller fantasy show is all the more exciting. Fantasy shows are one of my favourites as they come with a lot of scope to experiment, which I believe is always such a treat for an actor’s soul. The grand launch on-board the Zee TV Entertainment Express was also really unique, and now I hope the audiences just love our show.”

They took to social media, expressing excitement about these hampers that contained delicacies from four different cities of India like Jaipur ke Ghewar, Bhopal ki Gujiya, Punjab di Chana Barfi and Agra ke Pethe, asking their fans to guess and watch out for the unveil of a special October surprise from Zee TV.

The channel finally unveiled the shows at a virtual press event.

Through the unique device of a train called the ‘Zee TV Entertainment Express’, the channel took the media fraternity and netizens through its social media handles on a virtual journey to four different destinations in India where each of its four new fiction shows is based, and the intriguing new show concepts were revealed for by its lead protagonists.

Actors Juhi Parmar, Anushka Sen, Jyoti Sharma and Nikki Sharma spoke of how all the four shows reflect the positive change in relationship dynamics that is taking place currently. 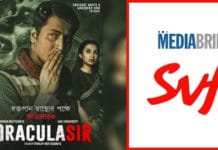 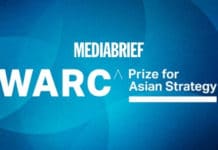 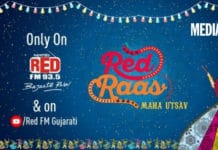