With two of three major announcements, Viacom 18’s OTT platform VOOT has become the first OTT digital content platform from a major Indian broadcaster to offer a wide and deep array of both, entertainment and news content, thereby becoming the 2-in-1 OTT Platform for both mainstays of Network 18’s businesses.

The two announcements: Digital Ventures, Regional Entertainment and Viacom18 Motion Pictures, along with several well known entertainment content creators will produce 18 multi-lingual, multi-genre original shows for VOOT, which has also announced as many as 16 news channels. And the third: VOOT will also launch its international distribution, starting with the UK, where it will begin targeting a diaspora audience of 1.8 million, starting November 2018.

And VOOT will also add news to make its content offering distinctively varied amongst the OTT platforms of other entertainment broadcasters. For this, it is in partnership with its parent news media entity Network18. And to give its content and product play greater exposure, it is set to go international, beginning with the United Kingdom, in November 2018. 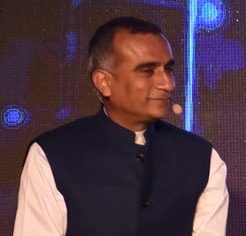 “VOOT is integral to our strategy as we gear up for a future-ready Viacom18 that is screen, platform and pipe agnostic. We are building a digital-first brand to harness Viacom18’s strengths across its brands, creative franchises and businesses in multiple Indian languages,” explained Sudhanshu Vats, Managing Director, Viacom18. “The inherent synergies with Reliance Jio, both as a platform for showcasing content and as a carrier of our service, have only dialled up the business roadmap for VOOT.” 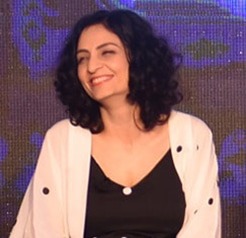 “The digital medium brings us close to the consumer at a very personal level. Owing to the last mile measureablity that the medium provides, our entire content strategy is based on a deep data backed analysis of the needs and desires of our consumers and their consumption preferences and patterns. Thus our play across a diverse bouquet of genres and languages,” Monika Shergill, Head – Content, Viacom18 Digital Ventures, explained, adding, “At an execution level, we have been extremely lucky to be partnering with a galaxy of very talented and committed actors, writers and directors to bring forth our second bundle of VOOT Originals, starting with 18 multi-genre and multi-lingual series.”

Expanding its genre-spread, VOOT will now see the addition of news on its platform with the inclusion of TV18 news. 16 live channels across 13 languages will now bring the latest in current affairs to its viewers, adding to the range and reach of the platform.

VOOT will also strengthen its engagement and user interactivity experience with superior technology adoption and innovation. Adding to the user search experience and facilitating easy discoverability will be the adoption of Google Watch Action, an industry-first in APAC for premium OTT players. VOOT’s future ready platform will also enhance the content experience with the introduction of Dolby Surround Sound for all VOOT Originals, a first amongst Indian OTT Players.

VOOT has continuously ensured superior technology adoption and content diversity thereby paving the way for the platforms Global foray. Catering to the vast Indian diaspora and the international community that seeks immersive Indian stories, VOOT  will target the Indian origin population of around 1.825 Mn.

For cross promotion of all the new content on VOOT, the OTT platform will have the Network’s biggest annual Colors tentpole on television, BIGG Boss, details of the next season of which are being announced early next week.

The affordability of smartphones and data has resulted in an increase in consumption of content on smartphones, multi-fold. With the advent of mobile phones doubling up as screens for content viewing, India’s single screen homes have been morphed into multi-screen, opening up previously unexplored  content themes and viewing patterns. VOOT, with its latest announcement, is poised to utilise this growth phase in the Indian media and entertainment ecosystem.

VOOT is a digital video-on-demand streaming service from the house of Viacom18.  With a content library of more than 50,000 hours across Viacom18’s network content, content around content, VOOT Kids and VOOT Originals, the platform caters to varying needs of discerning audiences across segments. Operating currently as an ad-supported service in India, VOOT has amassed over over 35million+ monthly active users. VOOT was awarded the coveted ‘Best app of 2017’ title by Apple’s App Store and VOOT’s Progressive Web App (PWA) product has won the IBC global innovation awards in 2017. VOOT continues to take the leadership mantel on innovation, across content, technology and marketing initiatives, aimed at providing an immersive experience to its users. 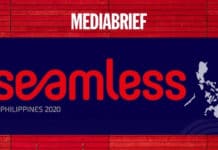 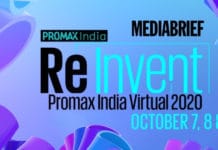 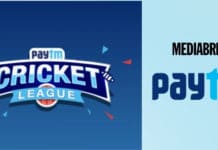 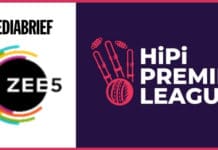 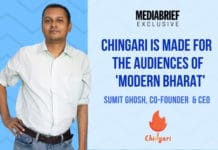